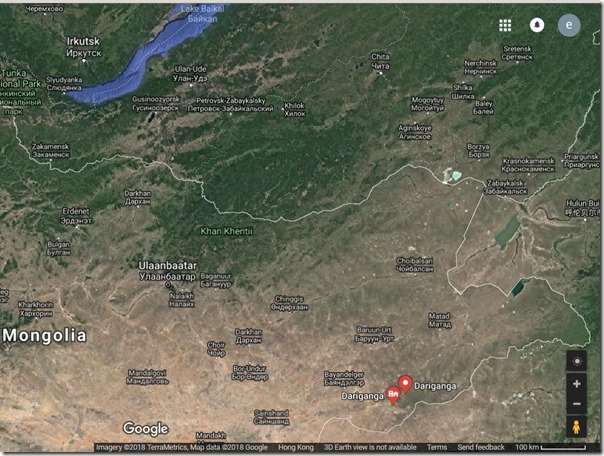 Besides Shuren and Orkhon dam sub-projects, the World Bank MINIS Project oversees formation and development of three groundwater basin administrations in the vast Gobi regions of Mongolia. As everywhere else in Mongolia  Gobi water basin councils are established to provide guidance and control basin administrations. Naturally the RwB Coalition and its member OT Watch NGO applied for participation in such councils and Ms.D.Sukhgerel became a member of the Galba-Uush Doloodyn Gobi underground water basin Council.

But that lasted only till the 3rd RBA Council meeting attendance in which was to serve as criteria for members to show commitment to stay involved with the council. That maneuver obviously was invented to get rid of unwanted members.  Announcement about the 3rd meeting taking place somewhere in the Gobi region was delivered at short notice, when D.Sukhgerel already had other commitments and therefore she was rightfully expelled from the Council to a great relief of responsible officials .

But, of course, D.Sukhgerel continuously complained to various agencies that she was arbitrarily removed from the membership in the water basin council for not attending event about which she has not been warned in advance. Given that Oyu Tolgoi Watch is the NGO specifically known for defending herder communities from mining companies, who take away their water and land, participation in such Council is really necessary for the NGO Director. It is hard to deny.

And long awaited  justice happened! An email received this morning informs Sukhgerel that  she must attend  the 5th meeting of the Galba-Uush Doloodyn Gobi Underground Water Basin Council where possibility to restore her membership will be discussed.  The meeting will take place tomorrow May 25th in Dariganga soum of Sukhbaatar Province, which is just in 605 km (364 miles) from Ulaan Baatar where Sukhgerel resides (see the map). And one needs a 4-wheel drive to get safely to that remote stretch of Mongolia-China border.

Despite 5 years of relentless efforts of NGOs forcing the WB MINIS Project to adopt international standards for project management and public participation, minimal improvement could be observed in most project components. That is why local community activists and NGOs again submitted 3 complaints to  the World Bank Inspection Panel. After initial review the Panel registered two of three complaints for further consideration. One of those is about negative consequences of inappropriate handling of groundwater basin management planning in Gobi.