The Rivers without Boundaries Coalition issued the following list of urgent concerns on the way the MINIS Project is being carried out by the World Bank and Mongolian Government.

For example, written comments submitted by the RwB-Mongolia -after consultations in Bulgan Province in April 2016 were not considered when reviewing terms of reference (ToR) for environmental assessments and omitted in the response matrices. The letter also lists several other examples of inappropriate handling of public consultations and information disclosure by the MINIS Project staff. Also see Letter to Dr.Kim . 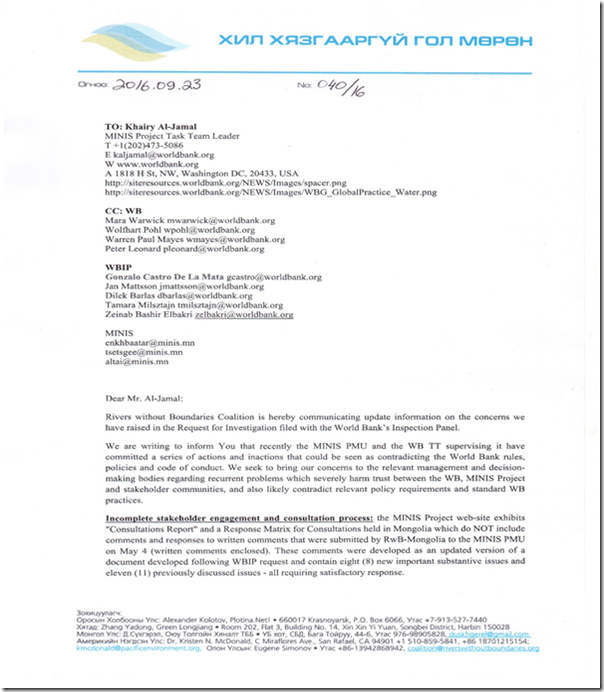 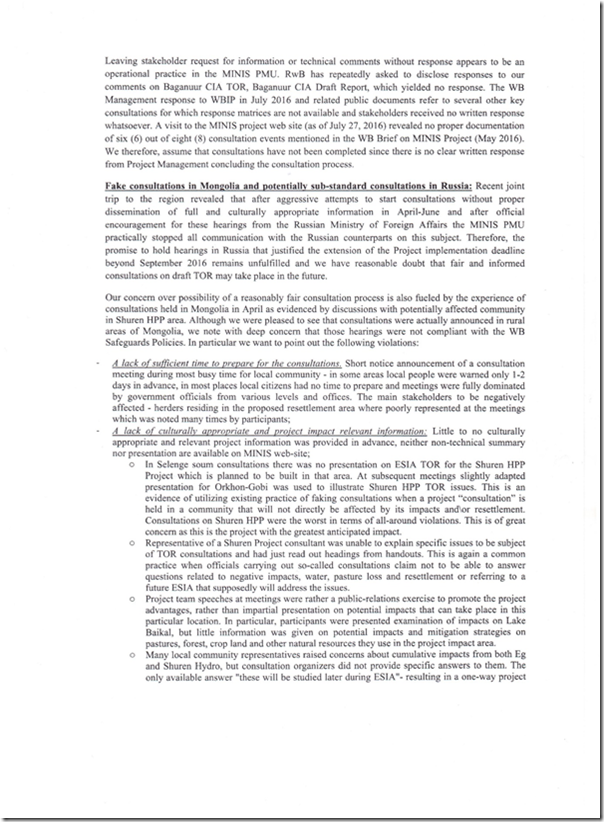 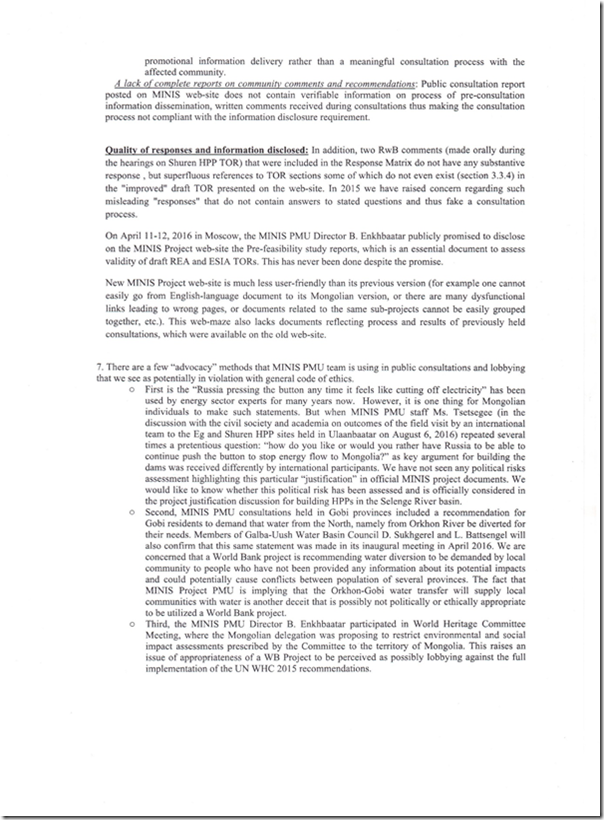 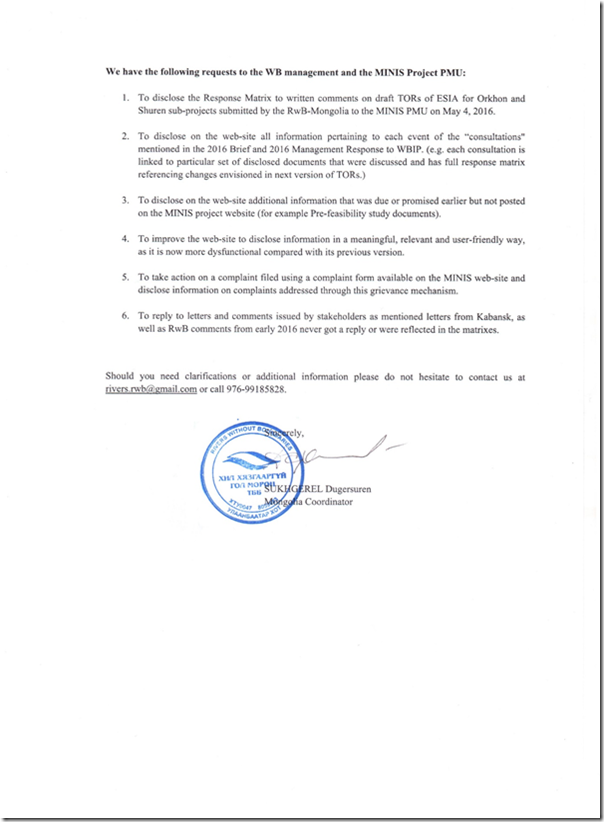 So far this letter has yielded no substantive  response, but we were informed that old Task Team Leader has resigned and a new one (already the 4th in the lifetime of the MINIS project) was assigned this task and will respond to us someday.

However more severe  violations took place on the day it was delivered to its recipients: Bidding was announced for Orkhon and Shuren hydropower reservoir subprojects without holding proper consultations, reviewing  results and finalizing terms of reference (See the next post: Letter to Dr.Kim).