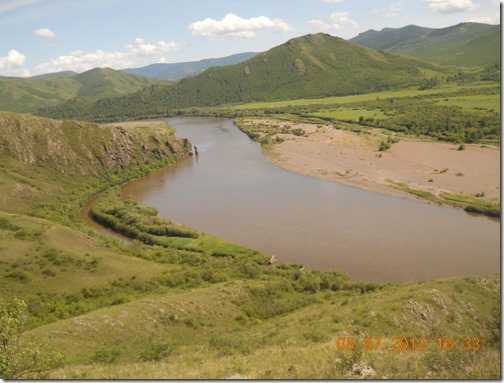 Notices on cancellation of bids for feasibility studies and environmental assessments on two Baikal -Selenge basin dams were posted on MINIS Project web-site.  This finally signifies that practically ALL  rightful demands consistently voiced by the RwB have been finally honored:

–Consultations in Russia and Mongolia held at 35 locations and have shown that local people have wide spectrum of grave concerns related to proposed projects;

– Studies for individual dams immediately leading to formation of documents sufficient for investment and construction of dams have been cancelled;

– Short lists of eligible consultants resulting from bids for dam studies were annulled;

– Unified Regional Environmental Assessment (REA) on all energy and water management issues of transboundary basin is undertaken before any other individual dams are planned by MINIS Project;

Of course we always suggested that there is also an option to simply abandon this sick idea of large-scale hydropower development in Selenge River Lake Baikal Basin, but somehow all involved agencies considered such straightforward approach too radical….

OK, we can play by rules… 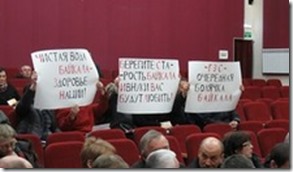 Several days ago the MINIS Project published Cancellation of Procurement notices with the following explanation:

"This action is taken following the outcomes of public consultations held in Russia and Mongolia on the draft TORs with potentially affected communities in March-July 2017. The consultations resulted in separating the Regional Environmental Assessment (REA) from the Environmental Social Impact Assessment (ESIA) and first implementing the REA. The subprojects that pass the REA screening stage could be pursued through the ESIA and feasibility studies. We regret the inconvenience caused by the revised course of action with respect to studies on the Shuren and Orkhon sub projects. However, we strongly encourage you to participate in the bidding for the REA study which is planned to be announced in the next months."

The Rivers without Boundaries Coalition asked to cancel those bids in October 2016, because public consultations on draft terms of references for those studies have not even started in Russia and those in Mongolia were held with many violations.Finally it happened and Selenge river is no longer in imminent risk of damming projects?

However, the seasoned watchdogs from  RwB  discerned that cancellation notices are posted  only for three out of four planned studies and the bid for Shuren Hydro REA\ESIA seemed to be still active. We immediately requested clarification from responsible WB officials and were assured that all four studies in question are all cancelled. Then in 12 hours we saw cancellation notice for Shuren Hydro REA\ESIA hastily posted on the MINIS project web-site.

From now on we are awaiting the MINIS project to deliver to the public all response matrices from all consultations it has undertaken in 2017. After that we expect that it makes available to the public the draft terms of reference for the REA and announces due consultation procedure on the plan for this new study.

One may ask why do we need response matrices for past consultation on already cancelled studies? The answer is simple: besides rather burdensome full-fledged complaint, preparation of these response matrices  is the only legitimate procedure giving the public feedback on comments and critique it has on the WB projects making those consultations meaningful tool for a dialogue.