Civil Society Organizations who have attended the 5th International NGO Forum on World Heritage at Risk organized by the World Heritage Watch on 22-23 June 2018 in Bahrain, coming from 24 countries in 6 continents, as active and concerned citizens dealing with Natural and Cultural World Heritage properties at different places, would like to bring the following to the attention of the World Heritage Committee: 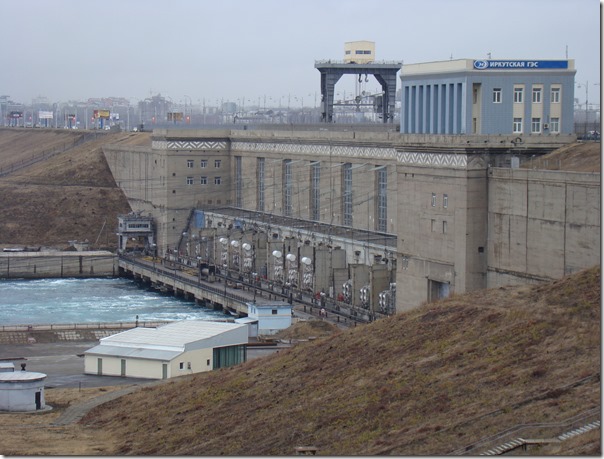 While Mongolia still prepares for hydropower construction, Russia not only eases the protection regime, but also refuses to undertake EIA on the effects of such decisions.[1] In 2017 Lake Baikal’s water surface has fallen a quarter of a meter[2] below the previously set minimal safe level. Lake Baikal is undergoing a serious environmental crisis. Having read Draft Decision: 42 COM 7B.76 the SCO the Committee’s firm commitment to the protection of Lake Baikal is commended, and its attention is drawn to the following:

On December 27, 2017 the Government of Russia issued Decree # 1667[3], which extended for 3 years (2018-2020) the allowable range of fluctuations for the Lake Baikal water level from 1 meter to 2.3 meters. The extension is necessary to sustain "water-heat-energy-supply to population and industry" and primarily serves the interest of En+Group (and their local subsidiary Irkutskenergo) the company that owns both hydropower plants on Angara River and coal-fired thermal power plants in the area (which require water for cooling). If the En+Group had undertaken adaptation measures (e.g. reconstruction of water-intakes from the Angara River so they could function during lower river discharge, etc.) the outflow through from the Lake could be reduced from the current 1300 m3/s to 1000 m3/s thereby preventing Lake Baikal falling below the minimal allowable level determined in 2001 by Governmental Decree #234.

Lowering the lake level not only exacerbates the current ecological crisis in the near-shore ecosystems of Lake Baikal World Heritage site, where die-off of endemics and algal blooms are occurring, but it also negatively affects livelihoods of local communities, which leads to public protests and demands to remove other stringent environmental regulations associated with the heritage site.

Also, the draft law No. 488318-7 was recently submitted to the Duma, which, if adopted, will require re-confirmation of the boundaries of the Central Ecological Zone, which will certainly help to revise its borders, and, as a result, weaken the protection of the World Heritage site.

A complete and comprehensive EIA covering all existing water use and management regulations on the Outstanding Universal Value (OUV) of the property is indeed urgently needed.

The Committee should also recommend that the State Party take action for engineering adjustments to existing water infrastructure to allow the physical possibility of more robust adaptations in the regulatory regime – necessary due to changing climate conditions. Otherwise recommendations of the future EIA would be in vain due to lack of adaptation in existing water intakes on which the water level regulation limits depend.

Such measures also depend on corporate social responsibility of the energy company (En+Group – listed on the London Stock Exchange and regulated by the UK Financial Conduct Authority).

Several hydropower dam projects in Mongolia threaten the Lake Baikal WHS. The largest of these, the Egiin Gol Hydro project has been directly included by the State Party in its INDCs under the Paris Agreement. After cancellation of feasibility studies for the Orkhon and Shuren dam projects, the Egiin Gol Hydro project remains the single most potent threat to the ecological integrity of Lake Baikal in the Mongolian part of the basin. The project is being actively promoted by the new Minister of Energy, Mr.Davasuren[4].

Despite clear guidance provided by Decisions 39 COM 7B.22, 40 COM 7B.97 and 41 COM 7B.6, the State Party of Mongolia continues to finance development of the Egiin Gol Hydro Project Unit[5] and construction of this dam was included in 2018 development plan for energy facilities[6]. The current draft Decision does not specifically mention the Egiin Gol Hydro Project in relation to SEA, which gives the State Party an excuse not to perform full-fledged analysis of alternatives and even give its Egiin Gol Hydropower Project go ahead before this strategic regional environmental assessment is implemented and results are reviewed by the IUCN and the WHC.

The Committee should reiterate that Mongolia must stop the process of developing and funding the Egiin Gol Hydro project, and that it should not promote it as a positive contribution to its commitments under the Paris Agreement until all assessments, including SEA, REA, cumulative impact assessment and analysis of alternatives have been completed and their results reviewed by IUCN and the World Heritage Centre.

The World Bank MINIS Project also attempts to compromise the contents of the REA "for Orkhon and Shuren dam projects" in a way which would not, in our estimate, meet key requirements for such assessments set by IUCN’s "Advice Note on Environmental Assessment". Therefore the IUCN and the World Heritage Centre should assist the State Party in REA preparation by reviewing a draft Terms of Reference for the REA, now under preparation.

[4] Letter from Davasuren in response of 8 NGOs of Human Right Forum of Mongolia. March 5, 2018