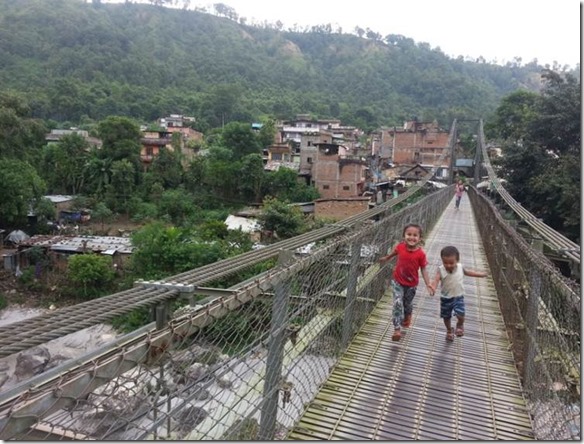 Prologue: A tale of two dams

Both projects were designed in the 1970s Soviet-school mega-hydropower planning style, both have not progressed in 40 years. In both cases, the international consultancy Tractebel Engineering proposed to increase dam height and reservoir volume beyond limits considered economically feasible by local experts. In both cases the same main contractor China Gezhouba, was assigned to build the dam without a proper international tender, but the projects were soon stopped due to major changes in decision-making.

Egiin Gol Hydro remains part of the Mongolian government’s plans, but a soft loan from China EximBank approved for the project was later redistributed to seven more sustainable and much needed projects, from a wastewater treatment plant in Ulaan Baatar to higher education programmes.

The Budhi Gandaki contract, cancelled by outgoing government in late 2017, was then reinstalled by new Maoist-led government. However Nepalese experts I spoke to did not believe this dam would be completed in the foreseeable future. Many factors are similar with our experience in Mongolia: prohibitively high costs for a small country, coupled with an uneconomical design; little capability to ensure proper compensation to affected communities; and huge potential impacts on downstream World Heritage sites that will require costly mitigation.

However there is one drastic difference: while the Egiin Gol hydropower project is one of three equally risky options for large hydro in water-scarce Mongolia, the dam on the Budhi Gandaki River is just one of 400 planned hydropower plants for which licenses have been issued to various entities by Nepal. A third of the dams are planned in the Gandaki-Narayani transboundary river basin where there has been no assessment of the cumulative impacts on the ecosystem and local communities, as well as huge implications for management of the transboundary river shared with India.

Nepal derives most of its electricity from hydropower and was part of a global study by Benjamin Sovacool and Gotz Walter published at the end of last year, looking at the economic, environmental and social impacts of hydropower. Their statistical analysis supports the “hydroelectric resource curse” hypothesis – arguing that hydropower states have shown significantly worse performance than other nations in dealing with poverty, economic growth, public debt and corruption.

Nepal’s century of painstaking hydropower development, which has resulted in less than 1 GW of installed capacity and significant power deficit, is a lively illustration for this abstract statistical analysis.

There are many signs in Nepal that uncoordinated development of hydropower projects inevitably leads to:

So how should Nepal manage its water-blessing to avoid future grief?

Riding the tide of dams

Dam proponents within Nepal have recognised “some problems” in the hydropower sector and are taking belated measures to address them. For example, the Ministry of Forests and Environment issued a new Hydropower EIA Manual in 2018 with support from the International Finance Corporation (IFC). But this only addresses risks of individual hydropower projects. It does not provide any tools for strategic planning and assessing multiple-dam development.

The lack of basin-wide strategic assessments of impacts and opportunities prevents government and businesses from making optimal decisions. This means the power sector has become a major source of environmental problems and social tensions.

The Nepal government aims to build 10 MW of hydropower for internal use and 5 MW of power for export in ten years. Click on the image to see a full scale interactive map of proposed dams and projects under and construction. (Data source: Nepal Department of Energy Development)

Vested interests in Nepal as well as among international donors have thwarted previous attempts to carry out strategic planning.  The best attempt – the Japanese International Cooperation Agency’s (JICA) 2014 Strategic Environmental Assessment (SEA) of the Nationwide Master Plan on Storage type Hydroelectric Power Development in Nepal ­­– was well-meaning, but incomplete and inconsequential.

The most obvious reason for the poor quality SEA was the lack of genuine involvement of civil society and failure to develop an adequate basin-wide strategic assessment framework for energy development. To start with the “analysis of alternatives”, which refuted any other energy source but hydropower, only took up one page of the study.

The SEA failed to assess the cumulative impacts in key basins.  “Public consultations” mainly involved personnel of government agencies and excluded environmental advocacy groups and affected communities. No surprise that the assessment report itself documents how during the SEA process the JICA consultants slowly yielded to pressure from energy officials and hydropower experts to downplay social and environmental safeguards.

The failure to assess the country’s optimal energy mix leads to exaggerated expectations of hydropower with little genuine effort to develop solar and wind. The country still has only one 0.68 MW solar farm. Meanwhile hydropower in Nepal is hardly “cheap” energy with typical construction costs in state-supported projects above USD 2000/KW, while the cost of grid-scale solar installation is likely below USD 1000/KW, according to data from the Nepal Energy Development Council.

The World Bank will implement a new Strategic Environmental and Social Assessment (SESA) of water resources management and hydropower masterplans under the framework of the “Nepal Power Sector Reform and Sustainable Hydropower Development (PSRSHD)“. Details of this assessment, which has been delayed for three years due to low priority for the national government, make us anticipate very poor results.

The same contractor has been assigned to do a master plan and then assess its strategic validity – which is a risky business. In the summer of 2018 the contract to prepare both master plans for water resources and hydropower development in each basin of Nepal as well as to conduct SESA of those plans was awarded to a consortium of German Company Lahmeyer (a subsidiary of Tractebel Engineering), China’s Changjiang Institute (CISPDR) and local consultancy TML. CISPDR is the largest institute in China involved in master planning of water resources primarily for hydropower, known internationally as the author of the EIA for the controversial and currently suspended Myitsone hydropower project and associated cascade in Ayeyarawady basin in Myanmar.

Without public oversight, the World Bank and Nepalese government, supported by such consultants, are likely to compromise both integrated river basin planning and the strategic assessment process, reducing it to information selectively compiled in support of accelerated hydropower development with little regard to other uses and natural values of Nepal’s rivers.

And in October 2018 the World Bank, without waiting for the outcomes of this SESA, launched another USD 100 million project ­– “Nepal Energy Sector Development Policy Credit” ­– to improve the financial viability and governance of the electricity sector. However, this again encourages the concentration of energy development efforts solely on hydropower and contains no social and environmental safeguards at strategic level whatsoever. According to the document, the World Bank will not even subject the resulting “Power Sector Strategy and Action Plan for Nepal” to a SEA.

As a result, Nepal agencies will not develop necessary safeguard mechanisms for basin-wide hydropower planning, while Nepal society at large will be deprived of an objective assessment of hydropower development scenarios. Various international financial institutions will continue to invest haphazardly in unsustainable basin schemes and claim their decisions are based on the scientifically-valid SESA approved by government. Investors from China and India will have no safe guidance for their economic and geopolitical competition in the Himalayan river basins.

So far all signs show that this is a disaster in the making.

What could be done to avoid this Catch 22?

Even “objective” strategic environmental and social assessments (SESAs) cannot prevent future conflicts, but it provides all participants with essential knowledge of the tradeoff, potential risks and benefits from a multitude of economic initiatives at the basin level. Therefore it increases the value of carefully designed hydropower and decreases the risks of investment in unsustainable projects that are likely to be stalled.

Despite this, there are still real opportunities for the World Bank projects in Nepal to meaningfully engage the civil society of Nepal, India, China and international NGOs.

This year we saw encouraging examples from elsewhere. The IFC-sponsored SEA of hydropower in Myanmar (2016-2018) included an elaborate stakeholder involvement process, though it has still caused major discontent and protest among ethnic minority groups.

In Mongolia, between 2012-2018 Rivers without Boundaries  (RwB) and allies convinced the World Bank to reformat two hydropower feasibility studies in Lake Baikal Basin into a single strategic regional environmental assessment. Previous experience shows that the World Bank Group is responsive to legitimate demands from key constituencies. So it needs CSO advocacy pressure and expertise to ensure it properly implements its own safeguard policies.

The failure of the new World Bank projects in Nepal to carry out necessary strategic environmental planning, gives Nepalese CSOs an additional reason to request extending the SESA into this new strategic process of “improving governance of the electricity sector” where it belongs. The strategic assessment should incorporate analysis of transboundary impacts of projects and provide for consultations with interested agencies and CSO groups from neighbouring countries.

Other important objectives that should be addressed in SESA consultations include:

Most of those questions need to be raised, explored and resolved in Nepal anyway, but an official strategic assessment is the most appropriate venue to raise them. The obvious lack of focus on environmental safeguards in World Bank projects should trigger CSO efforts to address those challenges.

Eugene Simonov is international coordinator of Rivers without Boundaries Coalition.