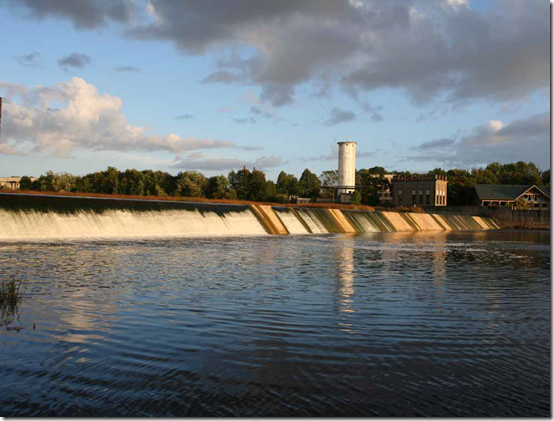 In October long-awaited dam removal  started on Pärnu River in  Estonia. After almost 150 years in existence the Sindi Dam near mouth of the river is being demolished now. This is the largest national project of its kind. After demolition of  Pärnu River  dams scientists expect restoration of spawning habitat of migratory fish in the area equal to such habitat in all other salmon rivers of the country. Rivers without Boundaries Coalition congratulates Estonian colleagues on passing  this important milestone in river ecosystem restoration!

A project "Restoration of habitats in Pärnu river" is carried out in 2015-2023 by the Environment Agency of Estonia. This project  objective is to restore migratory fish habitats in Pärnu river basin. One of project main activity is to remove Sindi Dam, which blocks the fish migration 14 km from the sea. Existing fish-pass does not work, so almost 7000 sq km of river basin blocked for the fish coming from the sea.

In 2015 the Ministry of the Environment and the owner of the Sindi dam, Raju AS, concluded an agreement on selling the dam facilities to the Government in order to restore virtually destroyed salmon population in the Pärnu River. This would double salmon abundance in Estonia.

“We are planning to make the Pärnu drainage system suitable habitat for the fish again, but so far, the Sindi dam has been a major obstacle in doing so. This problem has long been waiting for a solution and fortunately, we can now begin with the real work soon after constructive and effective negotiations with Raju AS have been held. If fact, we have already stocked salmon in the Pärnu River and hopefully they will be able to return to their birthplace when time is ripe,” Minister of the Environment Mati Raidma commented at the time.

After the Government’s acquisition of the dam, the Ministry of the Environment  held consultations with all concerned parties in order to find the best solutions in making the dam passable for fish. Solutions that have been approved with the environmental impact assessment are currently under implementation. One of the solutions would be the  establishment of a fish ramp with a flat fish pass as close to nature as possible.

Dam demolition started in the beginning of October 2018 and half of the Sindi Dam was removed by the time the fall migration of salmon begins. Scientist hope that the strongest fish will make its journey to upstream spawning grounds this year. 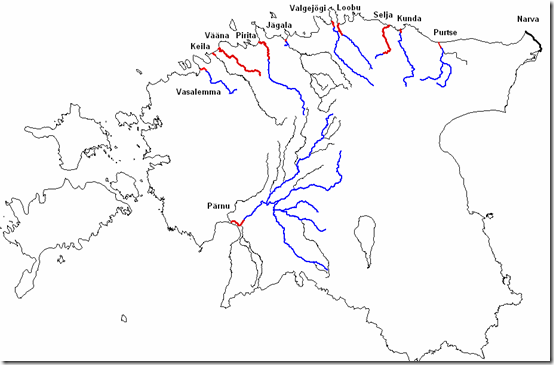 Scientists estimate that the actual reproduction potential of salmon in the Pärnu River is approximately 45,000–58,000 young fish a year, however, currently less than 100 fish return to the sea from the river in most years. Nevertheless, the Pärnu drainage system is capable of producing almost the same amount of salmon as the rest of the salmon rivers in Estonia altogether.

In addition to salmon, the opening of the dam also improves the habitats of such species of nature conservation as the river lamprey, the thick shelled river mussel and the European bullhead, but also industrially important fish like the European smelt, the brown trout, the vimba and the European whitefish.
Making the Sindi dam passable for the fish is only one part of the project of restoring the habitats of the Pärnu drainage system, financed by the Cohesion Fund. The project costs are 10 million Euro.

Dam removal is encouraged by Estonian Government, which has the following instruction on its web-site:

The notice must include:
1) the name and personal identification code or registry code of the owner and user;
2) contact information, including telephone number and address;
3) the cadastral number of the property on which the dam is located;
4) the time for the removal of the dam or lowering of the water level;
5) if the water level is being lowered, data on the normal level of the dam;
6) the position of the local government.

While the notice is being processed, the Environmental Board has the right to request additional information from the applicant.

On the basis of the submitted notice, the Environmental Board will make a decision on whether or not to permit the removal of the dam within 20 working days. If the removal of the dam requires carrying out construction work on the dam, this is activity is regulated by the Building Act. If necessary, planning conditions and the building permit will be issued by the local government.

If the removal of a dam requires the preparation of a plan and an application for support, companies involved in environmental consultation and the designing of hydraulic constructions can provide assistance, if necessary.