This session of the World Heritage Committee (WHC) was crucial for the Lake Baikal: WHC had to decide whether to allow it to become a technocratic reservoir system managed primarily for hydropower in the interest of industry or it should be managed as a World Heritage site for the benefit of the humankind and local people. The Lake is threatened by unnatural regulation of water level by existing Irkutsk Hydro in Russia and by planned hydropower cascade on its main tributary Selenge River in Mongolia.

Civil Society Groups at the conference " The UNESCO World Heritage and The Role of Civil Society" on June 27th issued a joint statement that " Lake level regulation by pre-existing hydropower conducted primarily in the interest of ecosystem health and resilience should be the key objective of the Baikal World Heritage Site management plan. Development of additional new large dams in Baikal Lake Basin should be prohibited as completely incompatible with protection of outstanding universal values of the World Heritage Site…."

In an agitated debate Poland and Vietnam were suggesting not to ask too much from Mongolia, which presented hydropower development in Selenge basin as "the best means to develop renewable energy and achieve carbon emissions". Mongolia claimed that there is no issue to discuss since Egiin Gol has no impact on Baikal, while for other dams even feasibility studies have not been completed. However India and Turkey, Kazakhstan and Serbia, Portugal and IUCN asked to adopt all parts of draft decision. 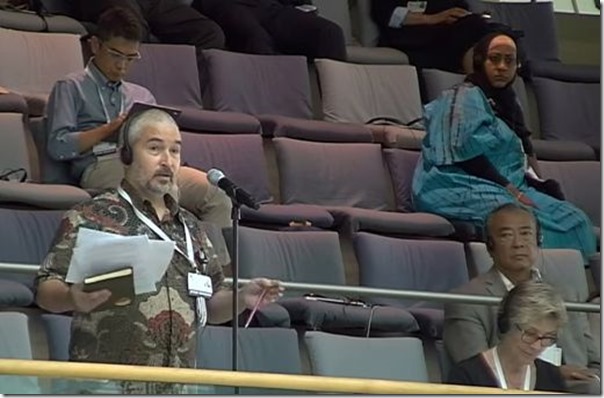 Rivers without Boundaries Coalition Coordinator Eugene Simonov called on WHC to insist on conducting cumulative assessment of dams in Baikal basin and to urge all financial institutions to abstain from funding any of the projects in question until all the impact assessments have been prepared, measures to safeguard Baikal values agreed, and all documentation reviewed by WHC\IUCN.

Collectively WHC resisted attempts to weaken the decision drafted by IUCN and final balanced decision requested that the States Parties of the Russian Federation and of Mongolia implement the IUCN mission recommendations, in particular:

– Russian Federation, to provide information on the existing provisions and regulations for water use and management in Lake Baikal and effects of the Irkutsk hydropower plant

– that Mongolia provides to WHC for review EIAs from Egiin Gol, Shuren and Orkhon water infrastructure projects in Selenge River basin and results of a Cumulative Impact Assessment (CIA) that should cover any dam\reservoir projects that could impact Lake Baikal values ;

– that Russia and Mongolia to jointly develop a SEA (strategic environmental assessment) for any future hydropower and water management projects which could potentially affect the property, taking into account any existing and planned projects on the territory of both countries;

WHC also requested that Mongolia should not to approve any of the projects until the EIAs and assessment of cumulative impacts have been reviewed by the World Heritage Center and IUCN, but did not make similar statement addressing international financial institutions.

Russian delegation was silent, for it agreed with proposed decision on Baikal, which was much less critical of this country’s practices compared with decisions on Virgin Komi Forests threatened by gold mining, Volcanoes of Kamchatka threatened by hydropower and gold mining, Golden Mountains of Altay destroyed by gas pipeline to China, Wrangel Island fragmented by new military base, impacted by army maneuvers and threatened by oil drilling. Russian Federation this year abstained from reporting on 5 (!) problematic WH properties already affected or targeted for development by state agencies of state-owned companies. 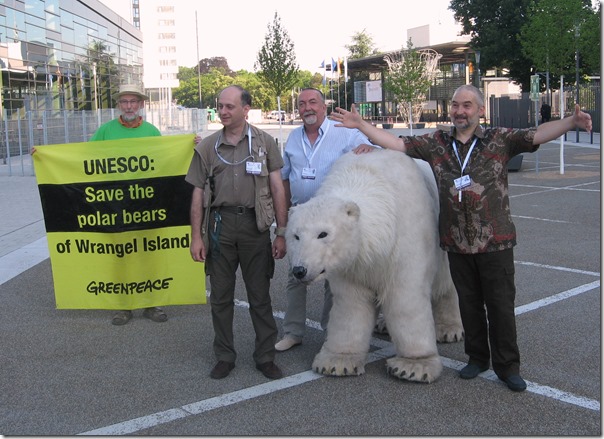 WHC members expressed extreme concern on not seeing any documents or explanations coming from Russia side. Hopefully World Heritage Center will take measures to ensure that next year in Istanbul Russia presents all its debts and demonstrates that it corrects mistakes and stops violation of the Convention.

• Rivers without Boundaries Coalition praises World Heritage Committee for its wise decision, but wishes that envisioned Strategic Environmental Assessment also covers existing hydropower and all other industrial impacts on waters ecosystems of the Baikal Lake Basin.

• To conduct SEA two parties will likely need technical assistance, because none of them is a party to Espoo Convention and both have limited experience in SEA. Therefore WHC may also offer to provide expertise to support proper implementation of SEA according to international standards. Forming an international advisory team  to assist such SEA  seems really necessary step.