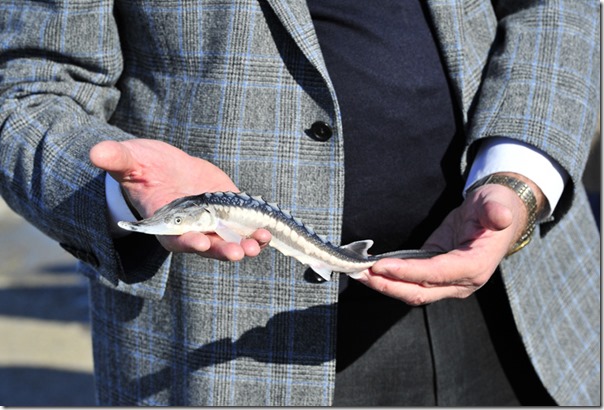 New IBRD’s Mongolia Economic Update Report "… takes a closer look at public investment programs implemented over the past five years, which surged until 2015, contributing to large increases in public finance deficits and the public debt. Mongolia needs to review and reshape its public investment policies and decision-making processes to improve efficiency of public spending, including clear project selection and prioritization criteria, as well as proper maintenance of existing assets."

The Rivers without Boundaries (RwB) International Coalition welcomes the IBRD recommendations to fully reform current harmful practices of project selection for public investments and establish a proper framework for public investment management (PIM). We fully agree that, unless it is done properly and urgently, the likelihood of the next default is very high and Mongolia may never leave the debt trap, which it has been put into by its own politicians and the international finance institutions. In fact the World Bank Group itself may be now pushing on Mongolia another bunch of unsustainable debt financed projects, and therefore quality control for investment projects is equally needed for improving the WB operations in Mongolia.

The report courageously deals with these uncomfortable truths:

" The fragmentation of the decision-making process; the absence of a coordinated approach based on sound national and sector development strategies; generally poor project preparation, appraisal, and selection procedures… have a strong negative impact on the quality, effectiveness, and efficiency of the program. Direct lending by ministries, departments, agencies, and local governments through promissory notes and Build-Transfer financing enable them to short-circuit whatever controls are in place to moderate the size and growth of the (investment) program and ensure its quality".

As an early constructive contribution to development\pilot implementation of proposed new improved PIM policies, the RwB calls on the World Bank to reassess and reform its own Country Partnership Strategy and lending to Mongolia. We are basing on the Mining Infrastructure Investment Support (MINIS) Project as an example that we have extensive experience with. This USD 25 million project has for long been a glaring example of PIM fallacies, since it is not based on a coherent national program or policy, but instead is an "incubator" for an eclectic collection of "mining-support sub- projects" promoted by different agencies and departments. List of industrial assets it dealt with changed many times as in "Minegolia" almost any infrastructure development could framed as "mining-support". These MINIS "sub-projects" included railroads, oil refineries, steel-making complexes, coal-to-gas plants, broadband connections, coal mine extension , water-supply systems and dams. The MINIS Project was designed in 2011 to "build local capacity for development of bankable projects by preparation of feasibility studies and assessment studies on environmental and social safeguards". Due to poor management and lack of transparency in the past 7 years MINIS has not finalized a single environmental and social impact assessment for any of the sub-projects in question. The MINIS Project was scheduled to complete in 2017, but was extended two times and is highly unlikely to conclude in September 2019 as it is scheduled now.

Many sub-projects selected for development under the MINIS were subject of public concerns, such as two large dams in Selenge river basin or expansion of the Baganuur Coal Mining Complex. Despite multiple requests, the RwB Coalition members were never presented with sufficient evidence that pre-selection of those projects was based on solid assessment of their relevance for development of Mongolia, compliance with basic requirements of the WB operational policies, comparison with other viable alternatives. Practically every planning and management flaw listed for public investment by the new IBRD Report can be illustrated by several sub-projects within the MINIS portfolio. As a result, the Project perpetuates haphazard design of questionable mega-projects, which construction will later necessitate additional multi-billion loans.

Since the MINIS Project is controlled by institutions of the World Bank Group, it will be easy to transform it into a useful testing ground for the proposed public investment management (PIM) measures by applying them to MINIS sub-projects. It will save time as the Project Management Unit is already functioning and staff has some experience. What is especially good about MINIS – money seem to be readily available for experimenting: due to recent cancellation of feasibility studies for the most notorious Shuren and Orkhon dams , the MINIS Project has multi-million budget surplus, which the Ministry of Finance of Mongolia is yet to decide how to spend. The key positive outcome for Mongolia will be an opportunity to avoid incurring additional debt for implementation of a PIM-testing project.

We also hope that the Draft Terms of Reference for Regional Environmental Assessment (REA ToR) of potential hydropower projects in Selenge\Baikal basin will be revised in line with proposed PIM reforms to better serve the needs of all future investments in water-related infrastructure and industry in this transboundary basin. Currently, the MINIS Project and the WB Management are trying to narrow down the objectives of the REA to justify selection of only two previously proposed dam projects – Shuren Hydropower Plant and Orkhon River Diversion Complex. We would argue that the REA, that must include broad study of baseline conditions in the region and objective assessment of all alternative development scenarios and projects, should serve much wider and important goal of clarifying validity of sectoral investment plans and policies in the basin and help establish social and environmental framework requirements covering any future investments.

Additional concern is related to the Egiin Gol Hydropower Dam project, which may escape careful assessment under the REA. This infamous dam project started in 1992, has already incurred the Mongolian people a debt of at least several dozen million USD, as well as deprived the local community’s economic development of a decades long lasting resettlement notification. In 2013-2016, the Egiin Gol Hydro was one of pet projects of the Development Bank of Mongolia (DBM) – the institution that nearly brought the country to default according to the IBRD Report. RwB once used this project example to illustrate the risks due to persistence of such investment schemes, which feed many corrupt officials and contractors. Unfortunately, instead of scrapping the Egiin Gol project altogether, the Mongolian government created a stand-alone state-owned Egiin Gol company to perpetuate its everlasting development, which costs Mongolian budget several million dollars a year. This has and continues to be another model example of the problems listed in the IBRD report and is a prime candidate for "removal as a non-performing ongoing project from the public investment portfolio" as recommended in the IBRD report for such projects.

The Rivers without Boundaries Coalition hopes that the IBRD\WB does not practice double standards and will use its own MINIS Project as a testing ground for new public investment management policy, however painful this exercise may be.