We have unusual cause to talk  again about our old acquaintances : China Three Gorges Co.  What makes us really cheerful is not even the speed of conversion from new hydro to new solar, not just the boldness with which they reclaim collapsed coal mine for new solar farm, but the fact all this innovation is still  to cost about 1000 USD per KW of installed capacity – cheaper that anything else….No wonder that in July 2017 the CTCC Vice-president Mr.Lin Chuxue told the RwB coordinator, that his corporation is not likely to be interested in harnessing new large rivers in North Eurasia any time soon. Sure, Mr.Lin, next time we expect You to come with solar projects! 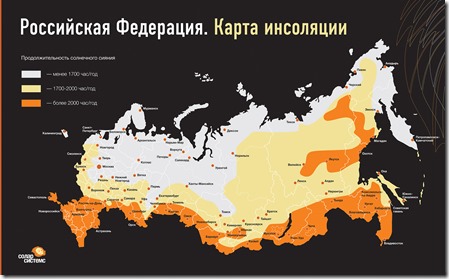 The China Three Gorges Corporation has invested 1 billion yuan ($151 million) to build the world’s biggest floating solar power plant in East China.
Part of the plant, a 150-megawatt project in Huainan, Anhui Province, was connected to the grid on Monday, the company announced on its website.
The project features panels fixed to floats on the surface of a lake that formed after a coalmine collapse, the company said.The entire facility is expected to come online by May 2018.
When complete, the plant will generate 150 million kilowatt-hours of electricity a year, or the equivalent of about 53,000 tons of coal. Some 199,500 tons of carbon dioxide emissions will be saved a year, the company said.
The floating photovoltaic power plant is an exploratory method of generating energy, corporation chairman Lu Chun told the Xinhua News Agency.
Compared with traditional photovoltaic power stations, the floating station does not occupy any land, prevents water evaporation and improves the generator’s work efficiency, Yang Fuqiang, senior advisor on climate and energy at the Natural Resources Defense Council, told the Global Times.
China has been leading the clean energy industry since the US withdrew from the Paris Agreement, Yang said, adding that China has seen great achievements regarding energy transformation.
China has been encouraging the development of clean energy sources to reduce the country’s heavy reliance on coal, which accounts for about 72 percent of the energy consumption mix, Xinhua reported.
China has been the world’s largest investor in clean energy since 2012 and spent $88 billion on clean energy sources including wind and solar power, accounting for about one-third of renewables investment globally, Bloomberg reported.
Liu Baohua, deputy head of National Energy Administration said on Saturday that China will cap its coal-fired power capacity at 1,000 gigawatts in 2020, and non-fossil fuels will account for half the country’s total power generation by 2030, Xinhua reported.
China’s installed solar capacity led the world last year at 77.42 million kilowatts, accounting for 1 percent of total electric energy production, according to the administration.
China’s reliance on coal will last "some time in the future" as it’s cheap and China has vast amounts of it, said Lin Boqiang, director of the China Center for Energy Economics Research at Xiamen University. Clean energy needs investment, research and development and equipment maintenance, Lin said.