The oldest professional conservation group in Russia  the BIODIVERSITY CONSERVATION CENTER released today  a  letter to the World Bank and other entities working on feasibility study  for the Shuren Hydropower Plant Project on Selenge River. In the letter this most experienced NGO shows that plenty of more efficient alternative are available to Mongolia,  WB and other investors and the Shuren  project itself is based on erroneous calculations. 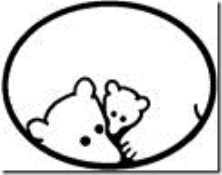 Biodiversity Conservation Center is deeply concerned with attempts of Mongolian authorities to develop Shuren Hydropower Plant Project, which poses threat to critical habitats with global biodiversity value, first of all to the Lake Baikal World Heritage Site and Selenge River wetlands of international importance. Selection of this project for development within MINIS Project of WB seems to contradict many WB policies and as a result push Mongolia to take invalid unsustainable development path.

Firstly the project is based on the 1960s pioneering and engineering survey. Departmental approach and megalomania are typical for Soviet era projects. Those projects never took account of environmental and social externalities. We must be more responsible and realistic now and at least use World Bank operational policy on economic valuation that prescribes taking into account social and environmental costs, including those that occur in adjacent affected countries.

Secondly, the only alternative considered in pre-feasibility study is a coal-fired power plant. And coal plant shows better economic indicators than the Shuren Hydro.

We can describe more alternatives, which must be considered for thorough comparison:

1) High voltage transmission line from Russia using energy of already existing hydropower sources. Besides an obvious option to build transmission from Angara HPP Cascade, there is also an option to build a line from Sayano-Shushenskaya HPP through Russian Tyva region, Mongolian “Altai-Uliastai” Energy system(AUES), Western Energy system (WES) to Central Energy system(CES). Locked capacity of the mentioned HPP (about 2200 MW) exceeds total Mongolian energy demand until 2020. Such a transmission line at the same time will create a unified energy system of Mongolia and provide maneuvering power capacity to balance production by solar and wind power plants to be built in Gobi. This transmission line can be extended in future to Eastern Energy system and China territory to export power of Mongolian renewables to PRC. Fair negotiations assisted by WB can lead to low power price compared with Russian export price to China.

2) Development of GobiTec Project sponsored by the Energy Charter: solar and wind power plants combined with energy storage facilities. Power stores on Li-ion accumulators with DC-AC and AC-DC convertors will allow to adjust generation and consumption power, to diminish reactive power flows and to stabilize frequency. Need for power storage in GobiTec Project may be reduced by linking the GobiTec Project to transmission line from Russia to China that is being planned now by three countries.

3) If the objective is to obtain domestic capacity to cover peaking demand, then priority may be also given to expediting development of pumped-storage power plants, which are presently planned at Ulaanbaatar and Erdenet. Their cost and environmental impact is likely much less that of large hydropower station. Besides they will absorb "cheap" night-time production of thermal power plants presently sold to Russia at very low prices.

5) Better overall system planning and strategic environmental assessment of the Central Energy System of Mongolia development plan. This should have been done before supporting pre-feasibility study for particular plant and quality of corresponding chapters of the Shuren study is very low. Figures for current and future demand are not realistic and various options of system-wide development to meet future demand are not well-analyzed. Even that suboptimal material shows that power consumption of mining industry grow mainly in Southern Mongolia far from Shuren HPP site and is and will be satisfied from sources other than Shuren HPP. Therefore even the initial eligibility of Shuren for any consideration under MINIS project (supporting mining-related infrastructure) is very questionable.

Thirdly, Pre-feasibility study itself is full of mistakes and inaccuracies. Just a few examples:

Number of workplaces calculated as 24 is unrealistic small. Such HPP have staff about 100 persons. Exploitation and maintenance annual costs are estimated as less than 1% of revenue (real share at other HPP plants in the region is 5-10%).

Cost of construction of this HPP on Selenga River is estimated to be less than that of Egiin Gol HPP on much smaller tributary which is highly unrealistic.

So we urge the WB Board of Directors to abandon dam projects in Selenge basin and urge Mongolia to improve system planning and explore available alternatives. Continuation of support to Selenge basin dams will be damaging to WB reputation.