A review of reactions of Russian press and public to “Chinese business expansion” at Lake Baikal World Heritage Site, published by  Eurasia Daily Monitor, captures  several important topics discussed today and highlights one of major underlying reasons – deep corruption of Russian officialdom all  he way down to local “self-government” administrations. 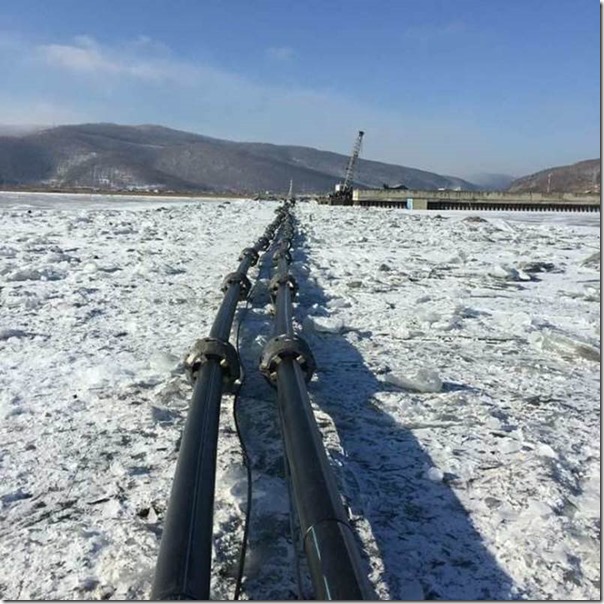 China is rapidly expanding its presence and control in Russia’s Trans-Baikal region. This drive is, in part, being driven by Beijing’s economic interests in Siberia and the Russian Far East as a whole. However, perhaps even more importantly, the trend is buttressed by the fact that Russian officials and businessmen are putting their personal economic gains ahead of the country’s national interests. That combination of factors has infuriated many Russians, prompting demonstrations against the Chinese presence, and even leading some local deputies in Siberia and the Far East to vote against Chinese plans to invest, no matter how hard-pressed their home regions may be.

In the past, Moscow routinely played up popular fears of Chinese expansion as a way to unite the country; but the center’s ability to do so is declining rapidly as ever more Russians now blame the Russian business community and its allies in the government for China’s advance. Indeed, talk about China is reinforcing divisions among Russians, intensifying their anger at the domestic business and political elites who appear to be profiting at their expense. That may explain why people across the Trans-Baikal have been voting for Communist candidates or at least for those politicians who promise to oppose both Beijing and Moscow. Over time, this change could open the way to greater support for Siberian regionalism, with residents there deciding that only the creation of a local power center can defend them against Beijing as well as Moscow (Freeural.org, March 1).

This shift in attitudes among Russians east of the Urals has been obscured by the continuing focus of the Moscow media on the Chinese threat. In particular, European Russian media outlets have been continually playing up Chinese articles that call Lake Baikal a “Chinese” body of water and that refer to Siberia as part of China’s patrimony. Moreover, reports proliferate about Chinese businesses allegedly overwhelming local enterprises along the entire Sino-Russian border, with the Chinese apparently behaving like classic neo-imperialists and offending the local population as the arrivals pursue their own interests regardless of local conditions (Inosmi.ru, February 16; Newizv.ru, February 21; Fondsk.ru, February 25; IARex [1] [2], February 26; Nashdom.us, March 4).

But those reporting from the region—as opposed to those who cover the area only from their desks in Moscow—highlight that local Russians see Chinese occupation as already a fact. Moreover, the locals blame Russian officials not only for failing to block it but also for actively assisting it, even as they publicly suggest that nothing untoward is going on. In a Regnum news agency report from the Trans-Baikal, Svetlana Shapovalova says that “a ‘Chinese’ Baikal is already a reality” because of the actions of Russian businessmen and officials who are seeking maximum profit for themselves, whatever the ultimate costs are for Russia as a country (Regnum, February 26).

Shapovalova writes that scholars, activists, ecologists as well as ordinary Russian residents of the Trans-Baikal have expressed serious concerns about and even protested against Chinese moves to take control of the natural resources of the region and especially the waters of Lake Baikal. But in response, the Regnum journalist notes, Russian officials and businesses simply repeatedly deny that there is any problem or that it is appropriate to speak of “Chinese expansion.” Yet, such denials are hardly credible. Again and again, the Chinese firms and their Russian collaborators initially promise a new golden age for the population as a result of this trans-border cooperation. But once in place, they focus on extracting as many resources as possible before deserting the area and leaving the Russians and their lands worse off than they were before, according to a local reporter from Chita oblast (Chita.ru, February 20), whom Shapovalova cites.

And what makes Russians in the region especially angry is that the Chinese—and their Russian “partners”—routinely promise to hire locals to do the work but instead bring in Chinese laborers to fill almost all the jobs (and pay them more) and then create what are becoming “China towns,” with street signs in Mandarin rather than Russian and Chinese goods being sold rather than Russian ones. All such practices infuriate the region’s Russians not only against the Chinese but against their own elites (Vryabtsev.livejournal.com, February 21).

Moscow could probably have continued to ignore the rising anger of Russians in the Trans-Baikal and in eastern Russia more generally had China and its Russian business partners not crossed a particular red line. For many Russians, Lake Baikal is something sacred, part of their national patrimony. But Chinese suggestions that the lake is “really” Chinese have outraged the population across Russia. Even more importantly, Chinese efforts to first bottle Lake Baikal’s water and later to build a pipeline from the lake to China are seen as such a direct attack on its survival that Russians far from the region seethed as ever more articles appeared in Moscow and St. Petersburg denouncing this Chinese “water grab” (Izvestia, February 27; Newizv.ru, February 21). Now, commentators and activists are calling for parliamentarians to vote against the sale of water from Lake Baikal to China, however much short-term profit some Russian businessmen may gain, because of the longer-term ecological destruction such use of the lake would entail(Nakanune.ru,March 1).