Good news came to us in the first days of this year from an unexpected source. Brazil officials announced  that the Government “should respect the views of civil society” and will abstain from new mega-dam building. This is a global trend that was theoretically predicted awhile ago and, hopefully,  is finally gaining momentum among strongest “DamNations”. Thus Brazil becomes the third BRICs country after China and Russia that limits large hydropower construction on its rivers.  Hey India, now it is Your turn! 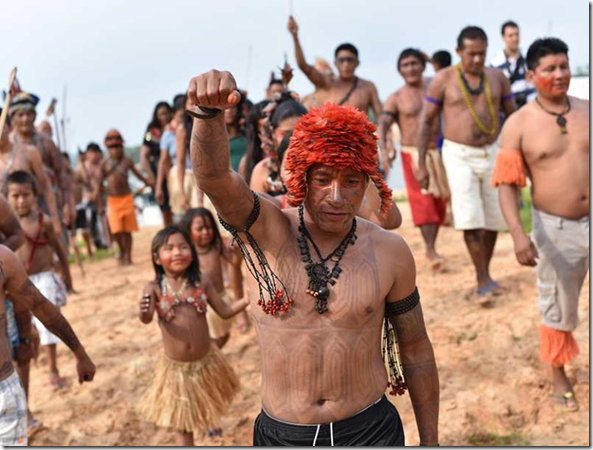 · Brazil’s government this week announced a major shift away from its policy of building mega-dams in the Brazilian Amazon – a strategy born during the country’s military dictatorship (1964-1985) and vigorously carried forward down to the present day. “We are not prejudiced against big [hydroelectric] projects, but we have to respect the views of society, which views them with restrictions,” Paulo Pedrosa, the Executive Secretary of the Ministry of Mines and Energy, told O Globo newspaper.

· The Temer government claims the decision is a response to intense resistance from environmentalists and indigenous groups, but while that may be part of the reason, experts see other causes as well.

· The decline in political influence of Brazil’s gigantic construction companies caused by the Lava Jato (Car Wash) corruption investigation is likely a major cause of the change in policy.

So is the current depressed state of Brazil’s economy, which makes it unlikely that Brazil’s huge development bank (BNDES) will invest in such multi-billion dollar projects. All previously built mega-dams were heavily subsidized.

With a presidential election in October, any changes of policy could also be rapidly reversed, but anti-dam activists hold out hope this – in regard to mega-projects at least – this will be a turning point.

“The Brazilian government’s announcement validates what scientists, indigenous activists and economists have long known: that these costly, corrupt hydropower projects are destroying lives, livelihoods and the vibrant ecosystem of the Amazon, the lungs of the planet,” Kate Horner, executive director of International Rivers, said. “Brazil can meet its energy needs without mega-dams, and now it will finally get the chance.”

·Although we will likely celebrate the shift away from the mega-dam policy, experts warn that many threats to the Amazon remain, including pressure by Brazil’s ruralist lobby to open up conserved areas and indigenous lands to agribusiness, along with threats posed by new road, rail, waterway and mining projects.