It finally happened…. One more battle for Nature has been won by our joint efforts! 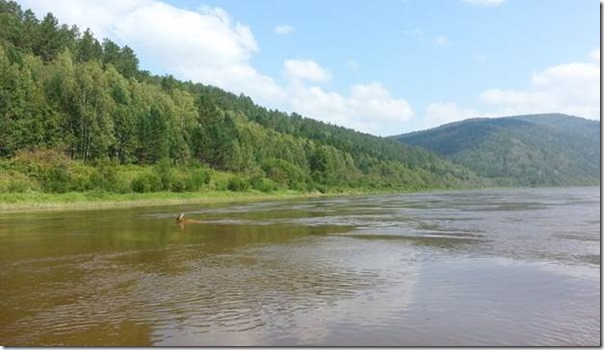 “The wildlife refuge should serve as one of the compensatory measures to reduce the negative environmental impact of economic activity on the territory of Mogochinsky district, allowing to save the biodiversity and valuable wildlife species, – says Oleg Korsun, PhD, professor of the Zabaikalsky Federal University, one of the authors of feasibility assessment. – Large areas of Mogochinsky district are leased by logging companies which are not ready to exclude from their leases areas necessary for ecosystems preservation. In the course of the wildlife refuge creation, the experts conducted a series of public discussions with local people and the administration of the district. As a result, the regime of the refuge prohibits the activities, which lead to the destruction or degradation of ecosystems, such as timber harvesting, mining, the use of harmful chemicals, land drainage and many others. At the same time, the land tenure regime allows hunting as one of the local people’s activity.”

The wildlife refuge is of a great importance for conservation of unique ecosystems in the upper reaches of the Amur River, as well as Red List wildlife species such as fish hawk, black stork, Bewick’s swan, great Siberian sturgeon and Amur sturgeon. Along with forest ecosystems, other nature communities of Zabaikalye will be preserved, such as groves of Daurian birch and floodplain grasslands with great variety of Far Eastern-Manchurian flora. 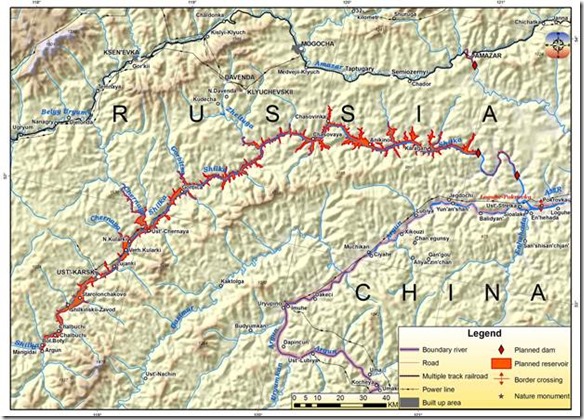 Three years ago the plans for Trans-Sibirskaya Hydro (Shilkinskaya)  construction became a real threat to the Shilka River, when EuroSibEnergo Company joined forces with Three Gorges\Yangtze Power Co in choosing sites for new dams. Thanks to the great work done by coalition of non-governmental organizations of Zabaikalsky, Amurskaya and Evreiskaya, Khabarovsky and Primorsky Provinces and WWF-Russia Amur branch, this risk was mitigated. This included public awareness campaign, basin-wide hydropower assessment, communication with Three gorges Co and  protected areas planning. As a result the new refuge has very unusual shape clearly challenging conventional text-book protected areas planning concepts. However new appreciation comes, once You learn that it fully covers five alternative potential sites of Trassibirskaya Hydro Dam and its counter-regulator Utesnaya Dam on Shilka as well as a planned site for Amazarsky dam on Amur itself. 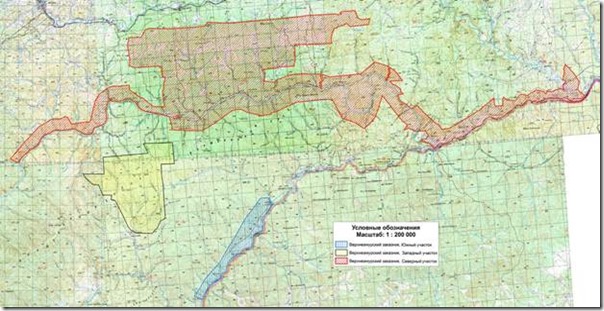 Exquisite shape of  protected area,  consisting of three pieces, has serious reasons behind it….

“The creation of Verkhneamursky Wildlife Refuge will preserve floodplain territories and the Shilka River for the conservation of the whole ecosystem of the Amur River Basin. Pine forests in the river valley are the least protected biomes in the Amur Ecoregion. WWF Russia and company EN+ carried out basin-wide assessment of hydropower impacts. These assessment confirmed that the potential damage to the environment could be so dramatic that EuroSibEnergo Company gave up its plans to build a dam on the Shilka River,– comments Petr Osipov, deputy head of WWF Russia Amur Branch. –It is very important that scientific data became the background for the government’s decision to establish Verkhneamursky Wildlife Refuge. At present, the territory of protected areas in Zabaikalsky Province is practically doubled.”

Wildlife refuge was approved by the Governor 3 days before the Presidential Council for Human Rights had an inspection trip to Zabaikalsky Province. One of questions discussed was reducing potential negative impacts from logging and damming activities by Polyarnaya (Xinban Guoji) a Chinese company since 2004 building a pulp mill and sawmill in the forests adjacent to new protected area. The Zabaikalsky Vice-Governor Aleksander Shemetov promised to the High Council that old growth forests presently leased by Chinese loggers will be taken from them and added to the Upper-Amur wildlife refuge. However he made no specific promise regarding the dam illegally built by the Polyarnaya across the Amazar River – the first sizeable tributary of the upper Amur River.

The Rivers without Boundaries Coalition, which participated in coordinating conservation efforts in this area since 2011, will continue to monitor the situation and promote best conservation and development options.

Sources: WWF-Russia, Presidential Council for Human Rights and the RwB’s own info. 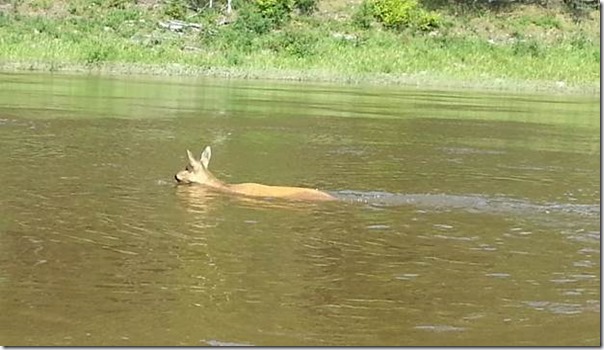