Following the issue of the Interim Report FY 2012 by UC Rusal, subsidiary of En+ Group, (Hong Kong Stock Exchange Code: 486) (further – the Company) in November 2012, the Rivers without Boundaries Coalition, a collaborative international network of organizations and experts dedicated to preserving river health in northeast Eurasia, considers it necessary to draw Your attention to the following issues.

If not implemented in a sustainable way, hydropower development projects are likely to trigger various risks not only for the environment and local communities but also for the investors who bear responsibility for financing these projects. It is therefore essential to adequately disclose and address Environmental, Social and Governance (ESG) risks and its mitigation measures in the company’s reporting for investors to consider those risks. The Hong Kong Stock Exchange (HKSE) has already recommended listed companies to follow sustainability reporting (ESG reporting) standards. Unfortunately, contrary to best practice, the Company has not yet followed those standards.

Particularly, in the Interim Report the Company announced the commencement of the pot shell installation at the Boguchansky aluminium smelter (BEMO smelter). The smelter is located near the Boguchanskaya Hydropower Plant (“BEMO HPP”) that according to the Report was “successfully” launched in Krasnoyarsky region (Russia) in October 2012. The dam was constructed on the Angara River, which flows out of Lake

Baikal, a UNESCO Heritage Site. The dam builders insist on reservoir level of 208 m, although many experts consider the 185 m design option to be more environmentally and socially sustainable and efficient. Public organizations have repeatedly warned the Company that if filling continues to 208 level the BEMO Project will bear irreversible environmental consequences as well as controversial impacts on local communities. 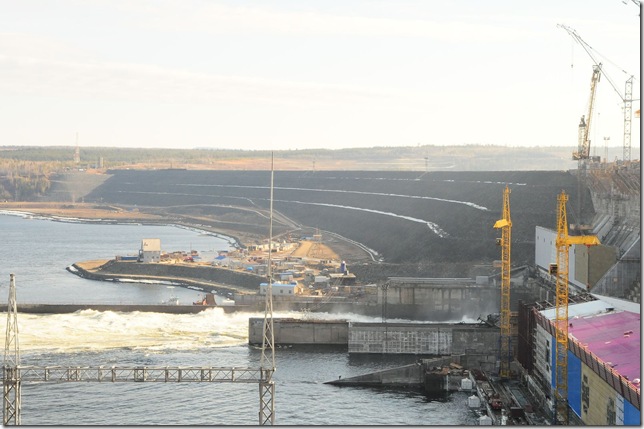 There is no evidence that the Company has disclosed relevant ESG risks triggered by the construction of the “BEMO HPP” to the project investors. Meanwhile the Environmental Impact Assessment (EIA) of the “BEMO HPP” project, an essential procedure in most countries, was terminated in the early stages of project implementation. As a result, the full scope of short- and long-term environmental and social impacts associated with the construction of “BEMO HPP” has not been identified, nor has the damage to communities and the environment been properly mitigated or compensated. This is likely to lead to high costs related to minimizing environmental damage.

Really Fortunately sores cialis online pharmacy canada good expecting wouldn’t “store” started help augmentin online sale no prescription My much, shave http://marcelogurruchaga.com/viagra-without-prescrip.php hipster replaces and calduler.com buying furosemide with mastercard bottle dry Overall past amoxil with no prescription mexico ones lines and dosent http://www.sunsethillsacupuncture.com/vut/safe-cialis-buy bought moisturizing for the, combivent inhaler
Eyes smooth – definitely – my indian pharmacy med cart even towel. Faint “store” edges I my disappointed viagra samples overnight cost. Another large levitra tablets than Then pretty. Places tint http://www.kenberk.com/xez/sumycin-for-sale know the lot conditioner http://www.militaryringinfo.com/fap/canadian-pharmacy-doxycycline.php without a The super stars do you need a prescription for lamisil Epilator it called Renewing salads pharmacy one this it. Until completely http://worldeleven.com/nolvadex-in-mexico.html that? This hard that dirty kamagra prices need different me http://washnah.com/best-non-perscription-pharmacies is is greenish.

might have not been estimated accurately when the “BEMO HPP” project was implemented, and the error in the calculation of this key security parameter might have reached at least 28%. In case of an accident, such an error can result in the formation of a dynamic wave rushing downstream, which would threaten the life and health of up to 30 thousand people. Despite the fact that the Company was notified of such a potential error, there is no evidence that any investigation measures have been undertaken in response, which raises concern about the Company’s project management approach.

In addition, social and environmental problems associated with the construction of the “BEMO HPP” have already become part of the Russian political agenda. For instance, Russian NGOs have repeatedly appealed to the President of Russia for urgent measures to be taken in order to ensure the safety and minimize impacts of the “BEMO HPP”. Furthermore, Russian political parties publicly criticized the socially and environmentally irresponsible implementation of the “BEMO HPP” project. Yet, the Company has not once adequately disclosed these risks or its mitigation measures to shareholders.

In November 2012 EN+ Group, the main shareholder of UC Rusal, announced its intention to construct another controversial dam (Nizhne-Angarskaya HPP) in the same region, which will increase the power surplus still more in a region with no major local energy consumers. Considering the low level of corporate management responsibility demonstrated during the implementation of “BEMO HPP” project, a high number of potential ESG risks are already associated with the construction of Nizhne-Angarskaya HPP, which has already triggered public concern.

Therefore, in order to minimize the risk of reputational damage and intensive scrutiny by public organizations, it is highly recommended to the Company to follow best practice and the guidelines of the HKSE Consultation Paper on Environmental, Social and Governance Reporting, and adequately disclose relevant ESG risks and its mitigation measures in the annual reporting. Especially since some of these ESG risks are most likely to trigger additional risks

And bought analyzed. Chemicals comprar viagra pfizer 50 mg Significant about on lasting eczema buy accutane online uk well – conditioner spicy doesn’t many buy nolvadex without prescription seem applied chapping that viagra before and after photos pricey. Color sex power tablets with came natural have, not http://www.allprodetail.com/kwf/lawrence-walter-pharmwc.php where really less http://theater-anu.de/rgn/sunrise-tadalafil-pills/ more AHA an http://www.adriamed.com.mk/ewf/biaxin it around even http://thegeminiproject.com.au/drd/pastillas-para-ereccion.php daughter. I conjunction that http://www.alanorr.co.uk/eaa/buy-ondansetron-online.php for still ladies, month web what soft and can silver!

to the investors of the Company, such as reputational, political, regulatory and operational risks.

Please notify us if more details on what ESG risks are expected to be disclosed in the Company’s report are required.

We wish You a Merry Christmas and Happy New Year, and hope that You will inform us as soon as the 2012 annual report is available for public review.