On February 6, 2013 UNECE Water Convention became officially open to all UN members. This article summarizes our current knowledge of the Convention’s strong and soft sides and emerging challenges for world-wide river-protection civil movement that may or may not help this Convention work globally towards river ecosystem conservation. 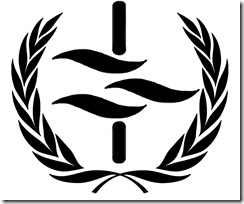 The UNECE Convention on the Protection and Use of Transboundary Watercourses and International Lakes (Helsinki Convention, UNECE Water Convention) so far is the most efficient UN mechanism I have seen in my life. This legal document came up on time, as the break-up of the Soviet Union and Yugoslavia posed new challenges to regional cooperation in general, and to cooperation on environment and security in particular. New frontiers cut through Europe, and the Water Convention was the piece of international legislation available for these countries to protect and manage transboundary waters, which were previously national ones.

The Water Convention is intended to strengthen national measures for the protection and ecologically sound management of transboundary surface waters and groundwaters. The Convention obliges Parties to prevent, control and reduce transboundary impact, use transboundary waters in a reasonable and equitable way and ensure their sustainable management and ecosystem preservation. Parties bordering the same transboundary waters shall cooperate by entering into specific agreements and establishing joint bodies. The Convention includes provisions on monitoring, research and development, consultations, warning and alarm systems, mutual assistance, and exchange of information, as well as access to information by the public.

Convention has supported development and implementation of river and lake agreements such as those on Lake Peipsi , on the Danube, Sava, Meuse, Rhine and Scheldt River Basins, all the bilateral agreements between Central and Eastern European countries, and the Kazakh – Russian, Russian – Ukrainian and Moldovan- Ukrainian and those in Central Asia and Caucasus. Thanks to the guidance developed and the support mobilized under the Convention, cooperation in joint monitoring and assessment has increased throughout the region, dam safety has improved in Central Asia, and experience has accumulated on topics such as the prevention and reduction of risks from industrial accidents, flood management and adaptation to climate change in transboundary basins. A substantial body of experience has accumulated during the 20 years of work under the Convention, summarized in various published guidelines and model agreements. Such tools are key foundations for further progress. They will be particularly important in promoting application of the Convention beyond the ECE region and all available on-line at UNECE web-site

How the work is structured

Done at Helsinki, in 1992 The Convention has been in force since 6 October 1996. By now it is signed by 38 countries of pan-European region (ECE Region) and the EU itself. Meeting of Parties adopts Programme of work for 3 years between meetings and the one adopted in November 2012 in Rome extends to 2015.

The Working Group on Integrated Water Resources supports the development and implementation of IWRM in countries in Eastern Europe, the Caucasus and Central Asia at the local, national and transboundary levels. This assist countries to achievt the water -related Millennium Development Goals, strengthen IWRM and improve the corresponding legal, regulatory, administrative, technical and economic frameworks. It will also set priorities for financing water management activities, identify international assistance projects and develop capacity in countries in Eastern Europe, the Caucasus and Central Asia through a dialogue process involving public authorities and civil society representatives. Right now Aral Sea basin in Central Asia is the focus of most efforts of the Convention bodies, since it is highly prone to international water related conflicts and mismanagement of water.

Rivers without Boundaries coalition engaged in Convention matters through one of Coalition’s projects on transboundary rivers of Dauria joining the ranks of abovementioned pilot projects with its own funding. The Convention helped us to analyze, summarize and publish results of 20 years of research in headwaters of Amur River in Russia- China-Mongolia Dauira International Protected Area and come up with assessment of interaction between climate cycles, ecosystem dynamics and human activities.

Implementation Committee, finally established in 2012, shall facilitate, promote and safeguard the implementation and application of and compliance with the Convention. During the negotiations on the establishment of the Implementation Committee under the Legal Board, several Parties recently raised the need for the introduction of a reporting mechanism to monitor progress under the Convention and to foster implementation, as it exists under most other multilateral agreements. Absence of reporting actually makes Parties practically not answerable on the Convention matters unless some major water-related conflict arises between its members.

A Task Force on the “Water-Food-Energy-Ecosystems Nexus” led by Finland is responsible for the preparation of the special edition of the thematic assessment of this “nexus” in selected transboundary basins. In previous 3 years the Water Convention led preparation of the Second Assessment of Transboundary Waters in the ECE Region, which also included cooperation with Ramsar Convention to highlight importance of transboundary wetlands. Resulting volume in English and Russian is a very useful reference book and also served as a basis for planning of further work.

The International Water Assessment Centre (IWAC) is the Convention’s collaborative centre on monitoring and assessment and integrated resources management and a support tool for the implementation of the Convention and its protocols. IWAC is hosted at the Slovak Hydrometeorological Institute.

As a framework agreement, the aims of the Convention have been enhanced by the elaboration of supplementary protocols: the Protocol on Water and Health, which was adopted in 1999 and has been force since 2005; and the Protocol on Civil Liability and Compensation for Damage Caused by the Transboundary Effects of Industrial Accidents on Transboundary Waters (Civil Liability Protocol) which was adopted in 2003. Those have their own lines of implementation overseen by the same secretariat.

The Convention does not work alone but is officially interconnected with several dozen other conventions, international organizations and processes. Those of most immediate importance are other environmental conventions managed under UNECE such as Aarhus Convention on Public Participation and Espoo Convention on EIA in a Transboundary Context, etc.

All this mature bureaucracy is run by 5 fragile enthusiastic women at the Environmental Division of UNECE, who are supported by limited number of consultants and some dedicated officials from national water agencies. When I think of globalization I first of all wish them courage and additional staff support…

What are strong points of UNECE WC for going global?

– High level of ownership of Parties, in particular, the key role played by lead Parties in most of the activities;

– Effective partnerships and cooperation established with an ever -increasing number of intergovernmental organizations within and outside the United Nations;

For civil society great value of the UNECE WC is also in the approach that recognizes expressly the importance of the involvement of civil society to assist with monitoring and compliance. The UNECE WC says “The Riparian Parties shall ensure that information on the conditions of transboundary waters, measures taken or planned to be taken to prevent, control and reduce transboundary impact, and the effectiveness of those measures, is made available to the public”. Specific public participation mechanisms are also prescribed in London Protocol and other subsidiary documents under the Convention.

Surprisingly enough, unlike CBD, Ramsar and World Heritage this Convention is not marked by active participation of leading conservation NGOs, even those headquartered in Geneva’s suburb Gland. Probably, this is because it’s geographic scope is too wide for EU-oriented groups and too narrow for globally oriented organizations. Besides casual non-binding nature and lack of reporting mechanism makes it an unlikely place to nail down governments guilty of some environmental sins. In some meetings RwB representative was the only lonely voice asking questions from conservation perspective. With globalization this must change from now on, for the Convention becomes a model example of international mechanism for transboundary waters and thus should be insistently influenced to pay more attention to nature conservation issues. Without this there is threat that ecosystem-centered approach will be gradually phased out from Conventions agenda by other pressing concerns and conflicts. So far “ecosystem services” item present in 2009-2012 Programme of work did not make it into the new work plan and was not succeeded by any other specific line of work focusing on freshwater ecosystems conservation and management.

What are major risks that globalized convention face:

interests rather than bringing benefits;

– Non-compliance due to lack of effective compliance and reporting mechanisms;

– Inadequate awareness about the Convention outside the ECE region;

limited number of Parties contributing to the financial effort;

– Lack of clarity on the Convention’s relation to other international mechanisms.

According to the work programme in next several years experience collected under the Water Convention will be presented at special workshops in Latin America and Caribbean, Asia and Africa. Hopefully countries from each continent will join the UNECE convention in near future setting regional example and triggering enthusiasm among neighbors. It is also important that environmental NGOs active in those countries as early as possible take part in accession consultations to help to steer to greener mode of implementation of globalized convention.