On March 1 we witnessed  the first globally-coordinated  international action against a Chinese bank in response to a specific Belt and Road  project, which in this case is the Batang Toru Dam in Indonesia, which if built, will have a variety of negative environmental and social impacts, including dooming a newly discovered orangutan species to extinction. SEE We Ask Bank of China Not To Kill Our Relatives!

Activists were able to deliver WALHI/ Friends of the Earth Indonesia’s letter to Bank of China in: Madrid, Brussels, London, Accra, Nairobi, Maputo, Johannesburg, Rome, Hong Kong, Manila, Seoul, NYC, and Jakarta. As a result, Bank of China has even officially and publicly responded to WALHI’s letter: 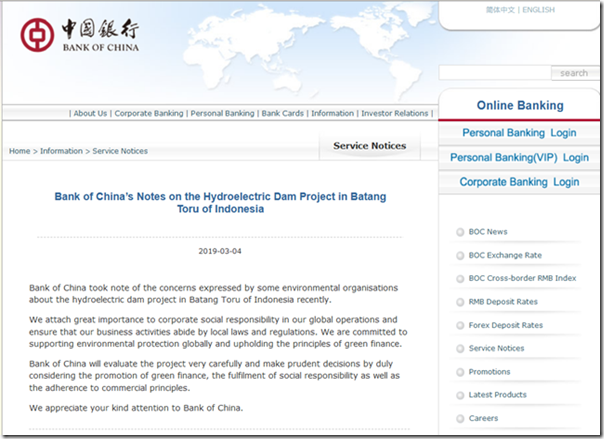 The Bank  promises to “evaluate the project very carefully”. This gives some hope for project cancellation, but nothing is granted so far.

However, we must note, that it is depressing that international shaming campaign is still needed for making an international bank to promise to do proper due diligence on obviously destructive project at a stage, when rainforest is already being cleared at a dam construction site – the only home to a unique ape species. Batang Toru is probably MOST destructive of all Chinese-funded dam projects after the mainstream dams on the Mekong river, which would wipe out endemic species by dozens and hundreds…

In our experience Chinese finance institutions sometimes show greater awareness and react to less radical campaigns in more timely manner. For example, in 2016 the China EximBank  has redirected its  USD 1 billion loan from Egiin Gol Hydro in  Mongolia to more sustainable projects after getting appeal from local people of Buryatia and a few reports from civil society experts and officials. Once the China EximBank discovered  that in previous due diligence it did not pay attention to potential  threats for Lake Baikal World Heritage site downstream  it quickly negotiated with host country  alternative investments. (Also see articles in “China Dialogue”  in Chinese and English).

We hope that the Bank of China promptly implements objective evaluation of the unique irreplaceable biodiversity values at Batang Toru dam site and completely withdraws its  funding from the project. 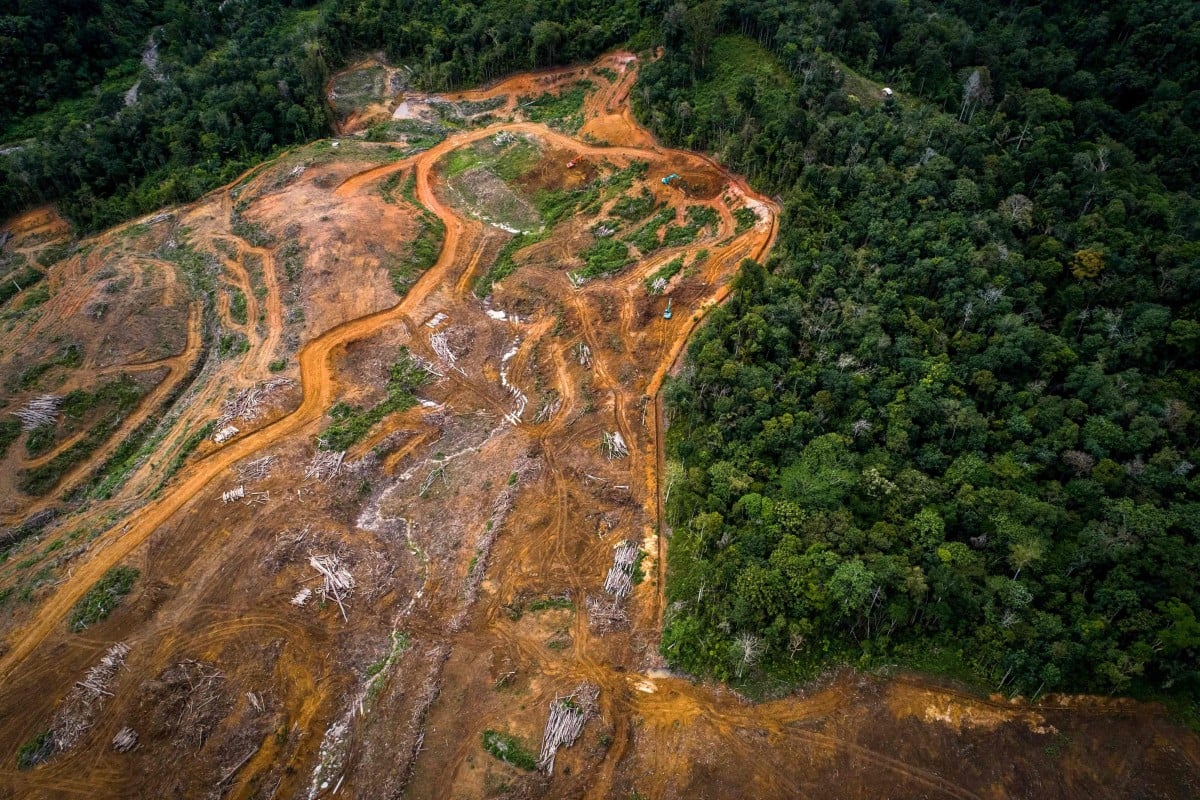 Once dam threat is removed the Tapanuli orangutan habitat could be placed where it truly belongs – become expansion of a nearby World Heritage site, protecting tropical forests of Northern Sumatra.

Also see an interview by Michele Chang (FoE US) to SCMP: Belt and road plan and the green promise