Can one promote great common good on behalf of association of companies from 80 countries and then immediately extract tangible private gain from it?

Please, be patient – read a string  of news covering first 3 weeks of December. 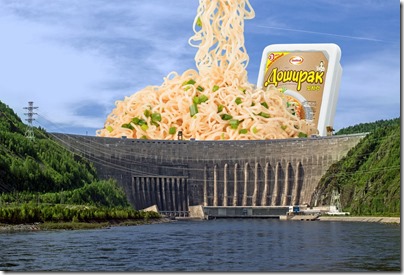 The UN Department of Economic and Social Affairs is stepping up its presence at the annual UN Climate Change Conference, to be held from 2 to 14 December in Katowice, Poland. “We must promote synergies between the SDGs and climate change to advance win-win solutions,” said UN DESA’s Under-Secretary-General Liu Zhenmin.

Such solutions to the climate challenge will be highlighted at the SDG Pavilion, where the department’s Division for Sustainable Development Goals is coordinating with Global Energy interconnection Development and Cooperation Organization GEIDCO a robust 11-day programme of interactive dialogues, presentations and special events.

According to the Action Plan, the Global Energy Interconnection will help expand the global clean energy development scale by four times, and the average annual growth rate of clean energy consumption will increase five times. It will push global carbon emissions to peak around 2025 and fall to less than half of 1990 in 2050.

The Think Tank Alliance of Global Energy Interconnection was also officially set up on the same day at the ongoing 24th Conference of the Parties to the United Nations Framework Convention on Climate Change (COP24).

Chinese investor at the Star building

The exchange was particularly long on December 18, 2018 at the end of the morning between the Prime Minister, Head of Government, Philemon Yang and the Chinese investor delegation led by Liu Zhenya, president of Global Energy interconnection Development and Cooperation Organization (GEIDCO).

This can probably be explained by the subject at the heart of this hearing which the Prime Minister granted to the Chinese investor, on behalf of the Head of State. GEIDCO, which is working to establish a global energy interconnection system, would like to support Cameroon in the development of the energy sector as explained by Liu Zhenya, president of Global Energy interconnection Development and Cooperation Organization (GEIDCO) who headed the Chinese investor delegation. …For its officials, it is a question of getting Cameroon to produce beyond its domestic needs in order to allow it to export it to other countries.

The Global Energy Interconnection Development and Cooperation Organization (GEIDCO), with its permanent office domiciled in Beijing, China, is an international organization among willing firms, associations, institutions and individuals who are dedicated to promoting the sustainable development of energy worldwide. The purpose of GEIDCO is to promote the establishment of a GEI system, to meet the global demand for electricity in a clean and green way, to implement the United Nations “Sustainable Energy for All” and climate change initiatives, and to serve the sustainable development of humanity. … Life will be better as the world gradually turn into a bright, peaceful and harmonious global village with sufficient energy, blue sky and green land.

The Cameroonian government is seeking funds to build the Ebolowa-Kribi transmission line (225 kV), the 90-kV line between Njom-Yekombo and Mbalmayoand, the 225/90/30 kV station in Kribi.

According to the energy and water ministry (Minee), procedures to secure the financing from the Industrial and Commercial Bank of China (ICBC) are already underway. Once completed, Minee says, the project will allow to evacuate part of the energy generated at the Memve’ele plant (211 MW), secure the Kribi industrial port area with electricity and connect the Mekin hydroelectric dam (15 MW) to the Southern Interconnected Network (RIS).

The XAF420-billion Memve’ele dam is being built by the Chinese Sinohydro on the Ntem River, while work for the Mekin project is entrusted to China National Electric Engineering Co (CNEEC) for an amount of about XAF25 billion. Let’s note that all studies including feasibility, detailed pre-project, and environmental and social impact studies, under this project, are completed.

Excerpt from: “Are China’s energy investments in Africa green enough?”

China International Water & Electric Corporation (CWE) is in the construction of a 30 MW Lom Pangar Dam. This dam’s reservoir will see part of the Deng Deng forest reserve in Cameroon flooded. China’s Export Import bank is also funding the construction of a 201 MW Memve’ele Dam, in Cameroon. This Dam’s transmission line could cut through Campo Ma’an National Park in Cameron while its reservoir may also flood a portion of the park affecting downstream ecology of the river which runs through the park.