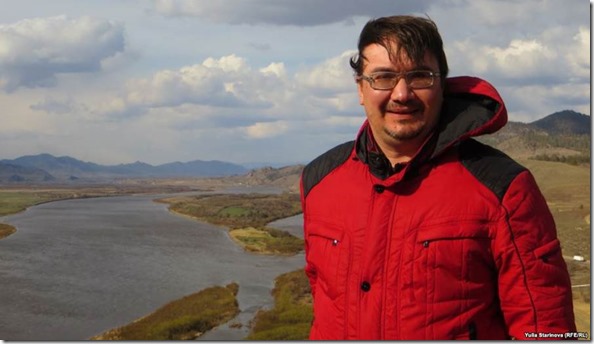 "We have achieved something of a success story," says activist Aleksandr Kolotov. "But it is far too early to celebrate victory."

IRKUTSK, Russia — Environmentalists in Russia’s Far East have been celebrating a small victory in a long war to protect one of the world’s great natural treasures, Lake Baikal.
On September 27, the World Bank froze its tender process for a Mongolian project to construct a hydroelectric station on the Selenga River, the main inlet source for the massive lake. The environmentalists have been arguing for years that the project could irreversibly harm Baikal and lead to the extinction of some of the thousands of endemic plant and animal species that live there.
"We have achieved something of a success story," "Alexander Kolotov, Russia Country coordinator of international environmental nongovernmental coalition Rivers Without Boundaries", told RFE/RL. "But it is far too early to celebrate victory. Scientists are now undertaking a complex ecological-impact evaluation and that will take about three years."

But Mongolia’s project is far from dead. The Mongolian government has adopted the strategic goal of attaining energy independence from Russia, from which the country currently imports much of its electricity. In addition, China — eager to gain access to Mongolian coal — has pledged $1 billion in loans for the project. In fact, construction of power lines has already begun.
Mongolia has proposed several hydroelectric projects that could affect Lake Baikal, across the border in Russia. But the most problematic ones at the moment, activists say, are the proposed Shuren Hydroelectric Plant on the Selenga River and another on the Egiin Gol (Eg River, a tributary of the Selenga) that opponents say is in a zone that is prone to earthquakes. The Selenga system accounts for some 80 percent of the lake’s influent and activists worry that water trapped upstream will be diverted to irrigate the Gobi Desert.

The danger of the Shuren project is that it could further reduce the water level of Baikal, which has already reached critically low levels in recent years. The low water levels produce higher water temperatures, which threaten endemic species and foster invasive ones.
The Russian Natural Resources Ministry has said that over the last three years the lake has averaged 40 centimeters lower than its 2013 level. In 2016, the lake did not reach its "official" minimum level of 456 meters above sea level until the end of June.
Low water levels were a particular problem in the winter and spring of 2015, when the government had to truck in water to 13 villages where wells ran dry.
"The whole shoreline here was covered with rotting, dead fish," Valentina Vykhina, a resident of the village of Posolsk, told RFE/RL in a 2016 interview. "The birds were just picking the good bits."
In all, tens of thousands of fish died that season. Experts said it was a direct result of the low water levels; fish hunting for food along the shoreline were hit by low oxygen levels and elevated water temperatures. The Irkutsk agriculture-monitoring agency concluded they died of cardiac stress.
"Baikal is a unique ecosystem that is in a state of stable equilibrium," Kolotov told RFE/RL. "We cannot create a second Baikal in order to conduct experiments and see what will happen if we do one thing or another. We can only forecast how changes in one parameter or another might affect the whole ecosystem. There are preliminary findings by experts of the Academy of Sciences and, according to them, if the Selenga project is built, the hydrological situation will change dramatically. Dams, in order to ensure stable electricity generation, sometimes reduce the flow and sometimes increase it. This is a huge blow to the ecosystem, which has lived for thousands of years under completely different rules."

Baikal, which is a UNESCO World Heritage Site, contains about 20 percent of the world’s fresh surface water, comparable to the entire Amazon basin. It is home to more than 3,000 species of plants and animals, about 80 percent of which are unique to that ecosystem. It is 25 million years old.
Russian President Vladimir Putin has personally taken an interest in Baikal. He famously plumbed the lake’s 1,700-meter depths in a minisubmarine in a 2009 photo opportunity and, in 2013, he intervened to have a huge, dirty Soviet-built paper mill on the lakeshore shut down.
However, the Russian government has been sluggish in responding to the Mongolian project — something that activists like Kolotov take credit for remedying.
"At first, everything was just moving along and Russia didn’t interfere with what was happening," he said. "They signed protocols, held ceremonial dinners, and everything was fine. We had to get things moving from a dead start.
"The main thing is that we were able to use legal, civilized methods to raise the problem," Kolotov added. "We worked in two directions — the World Bank and UNESCO. And once two organizations at that level got involved, the national government couldn’t stand aside any longer. I would emphasize that this was possible because the project has cross-border, international implications. If some Russian company was doing the project on Mongolian money, it would have been practically impossible to achieve what we have achieved."
When Rivers Without Boundaries began collecting signatures for its petition to the World Bank, it gathered more than 60,000 in the first two days, including many from the Mongolian side of the border. 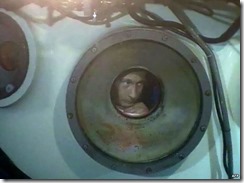 Then-Prime Minister Vladimir Putin took a dive into the 1,700-meter depths of Lake Baikal in a mini-submarine in August 2009. Critics say the Russian government has been slow to respond to the Mongolian project.

"Selenga is Mongolia’s breadbasket," wrote Mongolian activist Tsogt San. "Do you think Mongolians are so stupid as to kill off their own breadbasket? I don’t think so. Because our people are much older than all the Slavic nations taken together and because only nations that learn to live together with nature can survive. Baikal is sacred to all Mongolian peoples. Do you think we are going to care less about this lake than you newcomers?"
Thanks to appeals from Rivers Without Boundaries, UNESCO has twice warned Mongolia of its obligations to protect World Heritage Sites. For its part, the Russian government included a discussion of the project on the agenda of the UNESCO World Heritage Committee meeting in Germany in 2015.
However, Russia’s own treatment of the lake reduces its effectiveness as an advocate, activists say. For one thing, the lake’s ecosystem was already significantly altered in the 1950s when the Irkutsk Hydroelectric Power Station was built in Irkutsk on Baikal’s main outflow river, the Angara. That dam’s reservoir backs into the lake itself.
"From the moment the [Irkutsk dam] went into operation, Baikal stopped being a natural object," Sergei Shapkhayev, head of the Buryat Regional Baikal Association, told RFE/RL. "It now acts as an artificial reservoir and its level and the ‘work’ of the lake is determined by the electric companies."
Irkutskenergo (company belongs to En+ Group owned by Oleg Deripaska) regularly gets government permission to release more water, despite the lake’s critical water level.
"The construction of the Selenga dam and the others will worsen this situation and cause irreversible changes," Shapkhayev added. "But Mongolia can say with a clear conscience, ‘Look at what you yourselves are doing.’"
Baikal has also suffered from unregulated tourism, with tourist camps that mainly cater to Chinese visitors sprouting up all along the lakefront. During a visit to the lake in August, Putin complained that "significant areas around Baikal have suffered extremely high pollution" and called on officials to closely monitor the "irrational and often irresponsible economic activity" in the region. He particularly noted the large volume of untreated sewage being dumped into Baikal.
The Baikal activists are aware that the September World Bank decision is far from the end of their fight to protect the lake.
"In Russia, the energy companies are the masters of the rivers," Kolotov said. "It would be naive to think that it is any different in Mongolia.