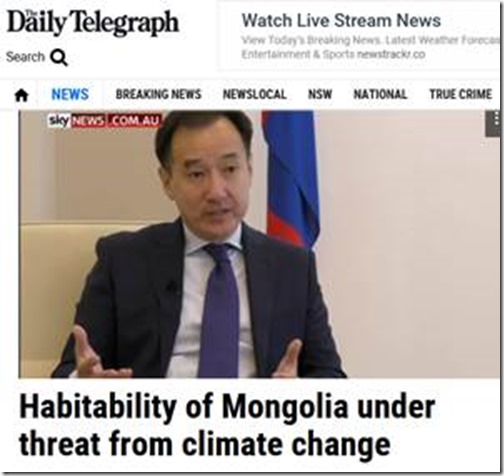 Among non-island nations of the world, Mongolian people, likely, are now experiencing the worst consequences of climate change and the country’s government recently publicly welcomed climate skeptics to come over and see the evidence. "Do not wait until it gets You!" appealed to other governments Mongolia Foreign Minister Tsogtbaatar . However, despite having enormous solar and wind resources, Mongolia is not willing to lead by its own example. Instead it is planning for a 9 – fold increase of its coal-thermal generation.

On October 24, 2018 Government of Mongolia issued a Decree # 325 approving the "Midterm Energy Program" which execution may increase manifold the country’s GHG emissions and is reducing to nonsense Mongolia’s own climate pledges made earlier.

Mongolia’s NDCs lacked ambition from the very start. NDC documentation stated that in BAU (business as usual scenario- Figure1) the country will increase its GHG emissions 2.5 times from 2010 to 2030 (from 21 to 51 Mt CO2 equivalent). Mongolia’s NDCs promised reduction of those emissions only by 14% compared to BAU, with power generation contributing 10% = two thirds of intended reduction. The cumulative impact of all measures listed in NDCs may result in annual reduction of 7.3 Mt CO2-eq. compared to BAU. So in plain words, Mongolia promised to increase its emissions only by 120% instead of business as usual increase by 150%. This was not a very impressive promise. Besides, unlike many other neighbors (e.g. Kyrgyzstan, China), whose much more ambitious NDCs are partly or fully unconditional, Mongolia’s NDCs are fully conditional, i.e. require their total costs to be supported by international funding. As the key measure to mitigate large coal generation Mongolia asked the world to finance creation of large hydro generation… 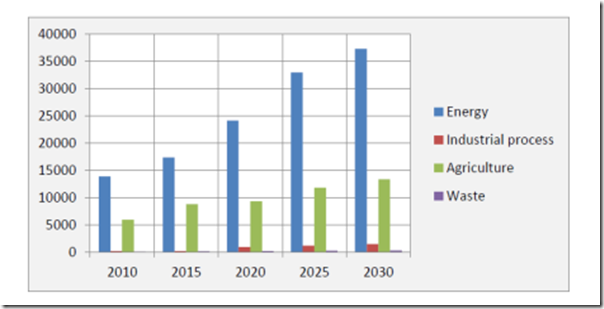 When compared with the latest data from the Mongolia’s 3rd National Communication under UNFCCC (2017), the new Midterm Energy Program has the following notable differences:

Tomorrow we will publish supplementary material with detail of the Programme.

In terms of NDC targets if implemented the Midterm Program will have two consequences:

1) Mongolia will not achieve the 30% Renewables ratio in its installed generation by 2030 (for at best it will have 400 MW of renewables and 400 MW of very risky large hydro (potentially affecting World Heritage and Ramsar sites) added to 9000 MW of coal-thermal power generation).

2) Instead of 14% reduction of GHG emissions it will increase those emissions against BAU scenario at least by 60 million tonnes CO2 equivalent (assuming modern supercritical technology of coal burning used at new CHPs). Effectively it will double Mongolia’s carbon footprint compared to BAU scenario or increase it five-fold compared to 2010.

To act as a responsible proponent of the UNFCCC (as well as for many other good reasons described in the Supplementary Material) Government of Mongolia needs to revise its energy strategy which leads the country into unsustainable development trap for many years to come.

We hope these questions could be asked and discussed At COP24 venue on 7th December 10:00 – 13:00 in Room 25 when Mongolia will present biennial report at FSV workshop.