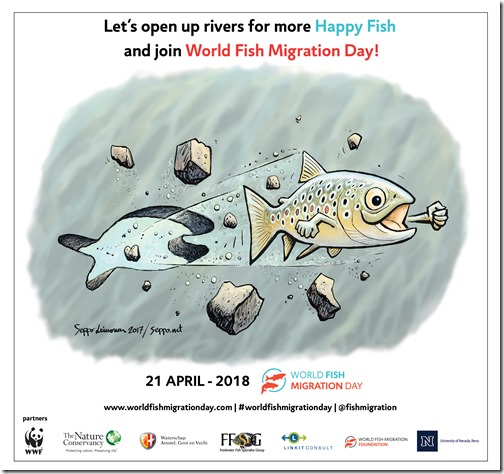 From the beginning of the 1960s in China, 32 large and medium-size dams in the main stem and hundreds of smaller ones in the tributaries have been constructed or impounded in the 5,464-km-long Yellow River.

Authors assessed changes in fish assemblages by comparing the species presence in historical and contemporary fish data in the Yellow River from 1965 to 2015. The temporal change in species assemblages was found with increased non-endemic species and fewer natives. Fish species richness of the river declined 35.4% over the past fifty years. In the upper Yellow River, higher species richness due to more invasive species were found than those in the historical record, while the lower reaches experienced significant species loss and less invasions.

The number of fish species decreased from 164 to 106 species over the past 50 years, and the number of native species decreased from 163 to 80 species. The proportions of alien fishes in three periods of the 1960s, the 1980s, and the 2000s were 0.6%, 13.1% and 24.5% of the total species, respectively. Dam constructions, exotic fish invasions, and flow reductions played the vital role in structuring the temporal fish assemblages in the Yellow River. Upper reaches where the majority of dams were built experienced higher infestation by non-native fish , which now account for 40-50% of species richness in Upper Yellow River and complete majority by weight in fish catches.

TABLE : Statistics in the taxonomic level of fishes

Fish assemblage changes over half a century in the Yellow River,

The paper adds solid contribution to the growing scientific evidence of detrimental effects of dams and other water infrastructure on aquatic biodiversity and shows urgency for protection of free flowing Amur-Heilong River – the last remaining stronghold of freshwater biodiversity in temperate regions of East Asia.