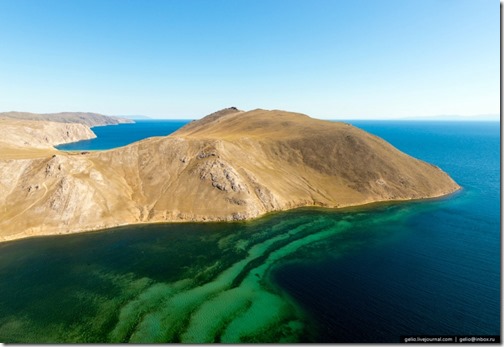 "On May 24 Russian and Mongolian authorities inked a protocol where the Russian Federation recognizes that the construction of Hydropower Plant of River Eg is subject of Mongolia’s international affairs, according to the Facebook post by D.Odkhuu, the leader of River Eg Hydropower Plant Project unit.

With the signing of the above document, works of hydropower plant project will be running smoothly in cooperation with the partners from the southern neighbor. The project is the result of 23 years of debate.

Mr D.Odkhuu also extended thanks to the Ministries of Foreign Affairs, Energy, and of the Environment, Green Development and Tourism, scholars and researchers, as well as the dedicated citizens of Mongolia for the successful solution.

The project unit was set up a year ago. The feasibility study and the environmental impact assessments have been completed.”

The negotiations took place in Ulaan Baatar and the fact that the host state information agency uses social media excerpts to cover outcomes of bilateral meeting tells a lot about political culture, openness and quality of information. The fact that trilingual MONTSAME did not dare to publish it in Russian makes us think that it contains some serious inaccuracies.

RwB has copies of 3-4 other documents from last 10 years where Russia consistently declares that  development of hydropower or any other energy facility on national territory is Mongolia’s internal affair, but possible negative  impacts should be jointly studied and their mitigation  discussed in advance.

To the extent of our knowledge the sides agreed that Egiin Gol Hydro environmental impact require further study by impartial scientific body with participation of experts from both countries.

They also agreed to coordinate preparation  to the 40th session of the World Heritage Committee where both countries will have to report what they have done to fulfill recommendations on Baikal Lake  given by the 39th Session in 2015. In 2015 it was the World Heritage Committee  and IUCN who pointed out to the fact that environmental impact assessments  for Egiin Hydro  lack ecological studies and should be redone.(see our account  of 2015 Session). This shameful lie was published by news agency to demonstrate to Exim Bank of China and other financing entities that all controversies have been “resolved”.

Mongolia and its anonymous “southern neighbor” China, who finances and implements the construction of the Eg River Hydro should understand that they are on the brink of violating the World Heritage convention and at least two more key multilateral treaties and are answerable not only to Russia, but to humankind  to which Lake Baikal belongs as a heritage site and a cradle of freshwater biodiversity.