Despite overwhelming evidence, that large dams are no solution to energy and climate and damage severely our environment, the WB top official stubbornly support suicidal course his institution is taking. He bluntly ignores the fact that by supporting large dams everywhere from Mongolia to Africa his institution is destroying most precious and scarce freshwater ecosystems that serve millions of people. Last evidence of this shortsighted position came from New York: 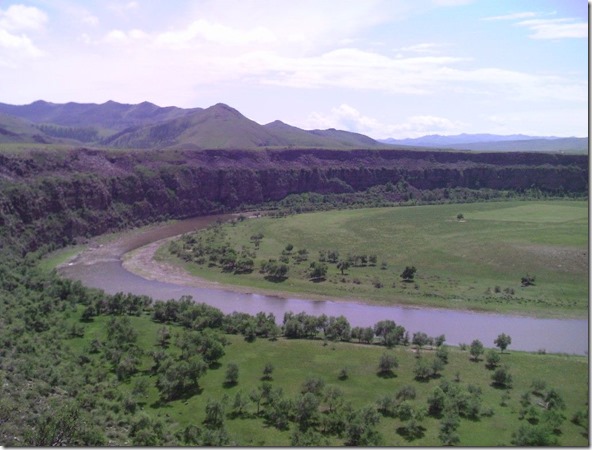 On April 6, World Bank President Jim Kim addressed the Union Theological Seminary in New York on “The Principle of Mercy.” During his presentation, Jim Kim mused extensively about his philosophical upbringing and his path from a public health activist to the head of a global financial institution. Staying true to his moral foundations, the World Bank President said, he was now using “the tools of the rich to serve the poor.”
In a question from the floor, Jim Kim was challenged on the impacts of large dams as evidenced by the murder of Berta Cáceres in Honduras. Kim called the murder an “incredibly tragic situation,” and went on to present a strong defense of the World Bank’s role in financing large dams. The President said:
“If we’re going to Africa and saying, ok, no hydropower, no nuclear and no coal, but we want you to have power, it’s not serious, you’re not being serious. We’re not doing coal and we’re trying like crazy to go to solar, but what these people are saying is, ‘We have a right to develop too.’”
“Our commitment is to hear the voices of the Berta Cáceres of the world – we have to hear these voices. And what we’ve now been able to do is to say, ‘Okay, in this case, instead of coal we’re going to do hydro, but we’ll do hydro in a way that everyone is resettled in a situation that is as good as or better than the situation they lived in.’”
“The way I approach it is this: If we’re doing something that is really, really bad and that is really offending or really taking livelihoods away, tell us what it is, we’ll stop it and we’ll try to make it right. Because you cannot do the work we’re trying to do and not have some of these incidents happen. We just have to be honest about it when it happens, admit it and then try to fix it as best as we can.”
The World Bank President deserves to be set straight on his comments in at least three ways:
First, hydropower is not the first or only alternative to coal. According to a new report by UNEP and Bloomberg Energy Finance, the world added 62 Gigawatt of wind energy, 56 Gigawatt of solar energy, and a mere 22 Gigawatt of large hydropower capacity in 2015. According to a study commissioned by International Rivers, two thirds of the countries studied in Sub-Saharan Africa could cover all their projected power needs by wind and solar energy alone.
In comparison, the World Bank is far behind the curve on renewable energy. In 2014, the Bank spent no less than 56% of its power sector lending on large hydropower projects. (It lent 30% of its power sector funds for wind, solar and geothermal projects, and 14% for oil and gas. We’re still waiting for the respective figures for 2015.)
Secondly, the mega-dams funded by the World Bank are not primarily serving the poor. The Inga 3 Dam on the Congo and the Batoka Gorge and Mphanda Nkuwa dams on the Zambezi are three multi-billion-dollar hydropower projects that the Bank is currently propagating. All three prioritize the electricity demands of the mining sector at the expense of poor Africans. Local communities in Africa are better served by wind, solar and micro-hydropower projects, which don’t depend on a central grid. So why does the World Bank continue to neglect these solutions?
Finally, the World Bank has still not learned its lessons on resttlement, and the people displaced by its dams continue to be impoverished. The 5,000 people displaced by the Kandadji Dam on the Niger lack access to basic necessities such as drinking water, and the Bank is only now realizing that there is no sufficient land to resettle up to 60,000 more people whom the project will displace if it’s completed. Stop this project, President Kim, and do right by the people you have already displaced!
“The moral foundations are clear,” Jim Kim said during his presentation to the Theological Seminary. “What’s now the evidence for resolving the problem?”
The evidence on the costs and benefits of large dams has been clearly established, and it’s time for the World Bank President to eat his words.
Source: Peter Bosshard is the Interim Executive Director of International Rivers.