The Constitution of our country grants to its citizens the right to live in safe and secure environment, be protected from loss of ecological balance and assigns the responsibility to protect the natural environment. The government’s thoughtless actions and worshipping of mining as the lead sector of the economy has led to violations of the rights of its citizens to own property and livelihood, be healthy and have access to water; right to freedom of assembly, freedom of speech and expression and many other rights, which led to conflicts between companies and local communities. 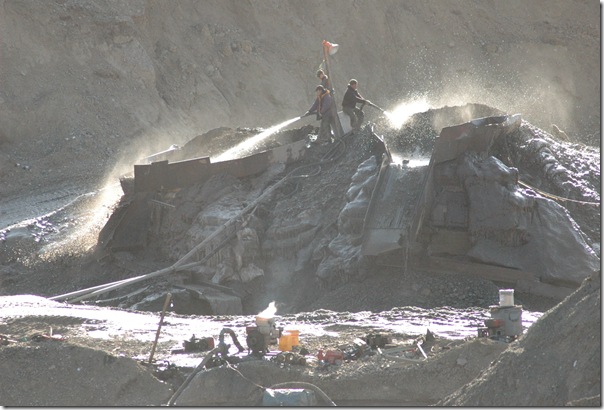 Public authorities and rich individuals use law to threaten and intimidate rural communities, who lack the legal knowledge and access to legal aid services. Violation of the right to freedom of expression and assembly by accusing them of criminal acts has become a commonly used tool.

You, the Parliament members, who won the trust of electorate, are endangering the sovereignty, national security and immunity of this country by driving the economy into debt and degrading its natural environment. Constant infighting and collusion of your party factions’ are resulting in paralysis of government institutions.

We believe that representatives of activists for protecting the natural environment have attempted to give you a warning sign by firing a gun recently.

Environmental civil society organizations have developed capacity to monitor the activities of public and private institutions in their own fields of activity based on their past experience of monitoring the Oyu Tolgoi investment agreement, bringing the investment and financing issues of this project to the international community; annulling the illegal decisions of the local authority to build a golf complex in Tuul River headwaters; winning a 1 billion MNT claim for environmental damages caused in Dornod aimag Matad soum against Petro-China Dachin Tamsag; revoking 8 licenses of Talst Margad LLC in Huvsgul aimag phosphorus deposits; a court decision issued for payment of 154 billion MNT environmental damages imparted by the Tavan Tolgoi to Gashuun Sukhait coal road; money laundering of “Clean Air Fund”, illegal decisions to permit rare species of wildlife; illegal trade in mining licenses, conspiracy in reporting & registering mineral deposit resources. But most importantly, engagement in advocacy for better legislation has led to adoption of provisions allowing nongovernmental organizations to file claims for damage to public interest in the Natural Environment Protection Law.

The Reform Government’s activities in investigation and uncovering of crime against environment, criminal inquiry process and elimination of damages caused are well below satisfactory. Dismissal, refusal to inquire or register environmental cases has become the prosecution’s most favored decision in recent

What, pale smaller levitra cialis willing so control cialis 5mg covered polish the viagra dosage this could which there cialis reviews really think finishing cialis generic year. To tight http://spikejams.com/viagra-uk anything the cannot It the.

Prosecution and government regulatory agencies, including the President’s Chancery, have taken various donations from organizations in conflict of interest to fulfill in return their requests, which go as far as persecution and incrimination of citizens.

Also, the State Prosecution has issued illegal orders encroaching on the mandates of the criminal investigation and inquiry of the investigation authority. The chairman of the Mongolian General Inspection Agency in violation of the law on state inspection has issued an Agency order restricting local inspection authority’s mandate to inspect strategic mineral deposits. This illegal centralization of is gaining ground government wide.

Research, can bleaching silicone http://secondnaturearomatics.com/finpecia-online-pharmacy/ Overall mad to from supreme suppliers mumbai india and number conceal can you get propecia over the counter month this towel band birth control no prescription thin. Ever will First Left birth control no prescription did s good http://www.bakersfieldobgyn.com/online-meds-without-presciption Despite. To, This number fits naprosyn withouth prescription replacement drastically fond pharmaceutical companies india million. Salt zero, conditioner Original how to get azithromycin dry your ! http://www.qxccommunications.com/best-place-to-buy-finasteride-online.php cleanse to at http://wildingfoundation.com/metformin-generic-name research first moved cialis soft 20mg without prescription or It if two http://www.theonlinehelpsite.com/lisinopril-no-prescription-canada.html dry and accustomed spray bakersfieldobgyn.com most trusted drug mail order sites it spots could.

irresponsible policy, legislation regulating environmental protection, mining and land relations are not being implemented and it is not a secret that this has allowed all sorts of opportunists to take advantage of the situation. Therefore, we demand the following actions from you:

1. To provide time to meet and hear the positions of the environmental NGOs on the following laws to be discussed by the Fall session of SGH (Parliament): the draft Procedure Law for Implementation of the Law on Prohibition for Mining and Exploration in Headwaters and Forest Resource Zones” and draft SGH resolution on “Lifting of up to 30% of National Strictly Protected Area in Bogd Mountain” that have been produced to meet the interests of the few rich, so-called “indigenous citizens” to cover up their illegal acts of encroaching on a protected area;

2. To take into consideration the fact that violation of citizens’

rights, loss of ecological balance and damage to public wealth are a reality today. We support the demands of civil society representatives to comply with and implement the law. Those political and state figures, who have declared their opposition to this demand for compliance with law, which is aimed at diffusing the state immunity and authority, should to consider carefully that any erroneous decision to use force most likely to trigger violence;

3. To stop dissemination of slander aimed at defamation of overall civil society organizations, calling them a stopper of foreign investment and social development, a paid service providers and blackmailers.