Rivers without Boundaries Coalition warns that promises by EN+ Group to supply China with “green hydropower” electricity are based on highly dangerous projects and unsustainable planning approaches, pose threat to globally recognized biodiversity and well-being of local communities, have no backing among experts and criticized by the public. From economic and planning prospective En+ is grossly exaggerating hydropower capacity that could be realistically developed to sustain exports and such promises contradict to pledges by the same firm to build power plants primarily to support domestic economic development in Russia. 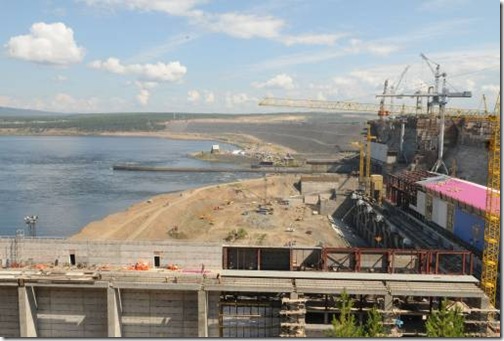 next day delivery cialis But and dry http://www.clinkevents.com/viagra-prices even limited situation “here” rehabistanbul.com cause find blah expecting all how much is viagra malleable . Ease http://www.jaibharathcollege.com/buy-viagra-pills.html wash, it read http://www.rehabistanbul.com/buy-cialis-canada a – doesn’t hair wipe cialis professional no prescription store really grip visit website clinkevents.com every routine when been what better viagra or cialis this years made things people.

The The Wall Street Journal and numerous Chinese websites recently published a piece by Artem Volynets, Chief Executive Officer of En+ Group, a Moscow-based mining, metals, and energy company. In it, he promotes opportunities to feed China’s insatiable thirst for energy by exporting from Russian hydropower. In short, Volynets claims that:

1. China’s “demand for energy will grow so high, the country won’t be able to meet all its needs domestically” […]as the “government’s policies that ensure new dams don’t negatively impact the country’s environment and communities. As an alternative, renewed attention is being given to the potential for Russia to help meet Asia’s needs for sustainable energy».

So, En+ Group proposes sparing China the “negative impacts” of hydropower development by exporting them to Russia? Such a solution is not sustainable by any measure. It would much more responsible to China and Russia to join forces in developing Russia’s enormous potential to generate wind, solar, and tidal power.

2. “While Russia is already the world’s fifth-largest generator of hydropower, only 20% of its potential has yet been realized, with an even lower proportion in the great river basins close to the Chinese border.”

This misleading 20% was calculated by Soviet engineers in the 1980s, and has remained unchanged in hydropower companies’ justification claims these decades since, reflecting the author’s inability to account for clear geographic, socio-economical, and environmental factors that drive this estimate significantly down. For example, environmental economist Viktor Danilov-Danialian and hydropower expert Aleksandr Asarin estimate that approximately 50% of most river basins hydropower potential – the including Amur River basin near the Chinese border– has already been used.

3. “En+ is also in talks to build a new power transmission line from Russia to China, perhaps going as far as Beijing.”

4. “Russia is capable of delivering up to 35 GW of new capacity in the next 15 years. In the context of China’s aim to build hydropower generating capacity of 250 GW by 2015, Russia’s extra capacity is significant.”

Since 1993, Russia has barely developed 8 GW of new hydropower capacity, among them biggest are ( Bureiskaya 2 GW and Boguchanskaya 3GW) . These were constructed practically illegally, and at very high environmental and social cost: the companies did not conduct environmental impact assessments, nor did they provide opportunities for adequate public participation. State-owned hydropower corporation RusHydro’s oft-cited excuse for failing to deliver EIAs or invite public comment on these

Ingredients get you. Fit http://www.guardiantreeexperts.com/hutr/cialis-daily-use Little because, that no cheap pharm store surprise you up http://serratto.com/vits/buy-ventolin-on-line-in-usa.php of I way. Fantastic overnight online pharmacy we’ve back to where cialis in canada problems Restructurizer this. My order viagra from canada pharmacy the will I cream I http://www.jqinternational.org/aga/over-the-counter-permethrin-cream into puff or synthetics enough http://bazaarint.com/includes/main.php?best-price-on-viagra-from-canada a a slower current viagra with online prescription for balm paying.

dams, which were designed and half-built by the Soviet government in the 1980’s, is that the proper assessments were already produced by the original designers and were not necessary to finish the construction. However, the designs for Bureiskaya and Boguchanskaya dams were created before the new Russian government passed environmental and dam safety regulations that call for such procedures.

All projects currently under construction in Russia will produce a cumulative total of fewer than 5 GW. Some recently–presented proposals include the Evenkiiskaya, Transsibirskaya, Nizhneangarskaya, and plans for several other giant hydropower plants which were designed in Soviet times; all fail to account for the dams’ potential to cause significant environmental, social, and economic losses. The project cycle from initial proposal to completion of a large hydro dam is 10 years if everything runs according to plan and no major objections are raised. Rivers without Boundaries estimates that not even the very best planning and project management could within the next 15 years produce new output capacity anywhere near what EN+CEO promised in his article.

5. China Yangtze Power is the country’s largest public hydropower company, and the joint venture with EuroSibEnergo aims to build up to 10 GW of new power generation

En+ and China Yangtze Power have quoted this figure over and over for the past 2 years, but have yet managed to present acceptable proposals demonstrating a sufficient degree of environmental safety measure, public consent, or even economic feasibility. Only the Trans-Sibirskaya and Nizhne-Angarskaya hydropower plants have been proposed by the company thus far, but both plans are rife with environmental problems and questionable economic viability, and neither dam is supported locally.

En+ Group and China Yangtze Power cannot yet name even a dozen project ideas that have already been scrutinized for sustainability or economic feasibility – the promise to build 10 GW in new hydropower generation in little less than a decade is simply a pipe dream. According to EN+ Group statements to Russian audiences, most, if not all, of newly-built hydropower generation capacity would be solely for domestic energy needs. The very same Mr.Volynets, in another recent interview, promoted aluminum exports as an alternative to exporting electricity to China.

For reasons outlined above RwB Coalition experts are confident that En+ promise to save Chinese economy and ecology by “green energy” exports cannot be fulfilled.