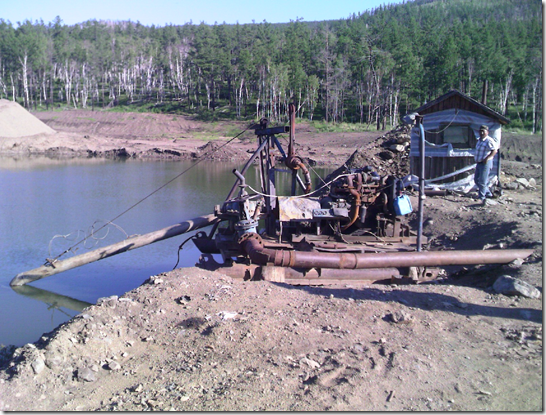 Sukhgerel Dugersuren (OT Watch and RwB Mongolia cooperated with the  Front Line Defenders  to prepare a chapter of the forthcoming nonfiction graphic novel about human rights defenders challenging extractive industries around the world. We republish it with kind permission of Sukhgerel.

Mongolia is a new star on the extractive industry’s stage. Being brand new means it does not have the necessary legal framework, norms and standards aimed at protecting the environment and the rights of local communities. 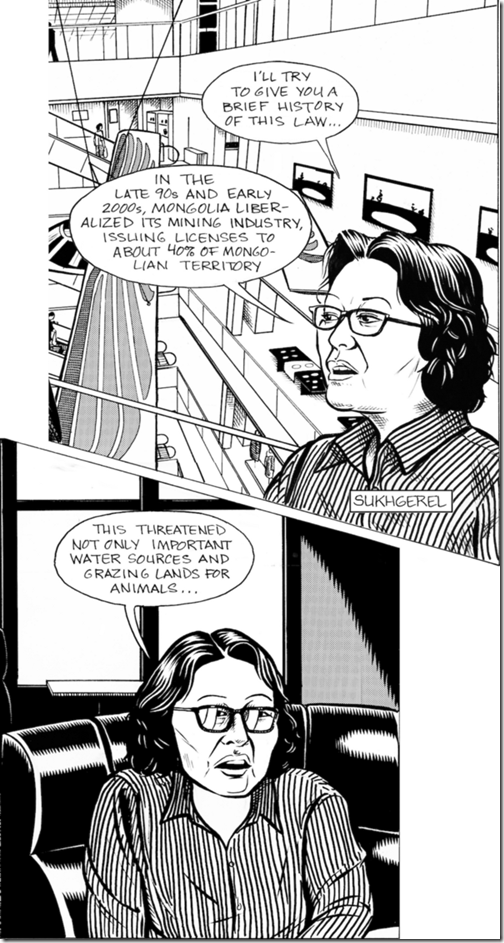 Owing to this support, the mining sector is booming nationwide regardless whether there is water in the Gobi desert or that minerals have to be transported on bare soil through national protected areas.

The Government is ‘issuing’ laws as demanded by mining corporations, or as they prefer to call themselves — foreign investors. In the past one year, the Government eliminated theLaw on Prohibiting Mineral Extraction and Exploration in Headwaters of Rivers and Forest Resource Areas (also known as ‘The Law with the Long Name’).This law was passed in 2009 thanks to the efforts of a decade-long civil society struggle. 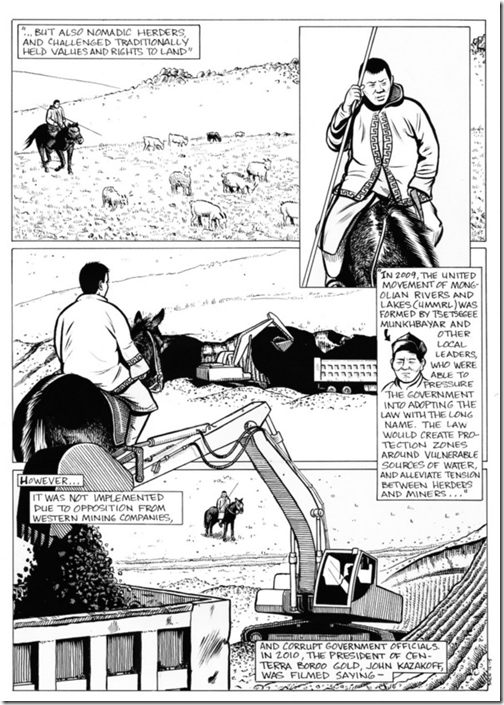 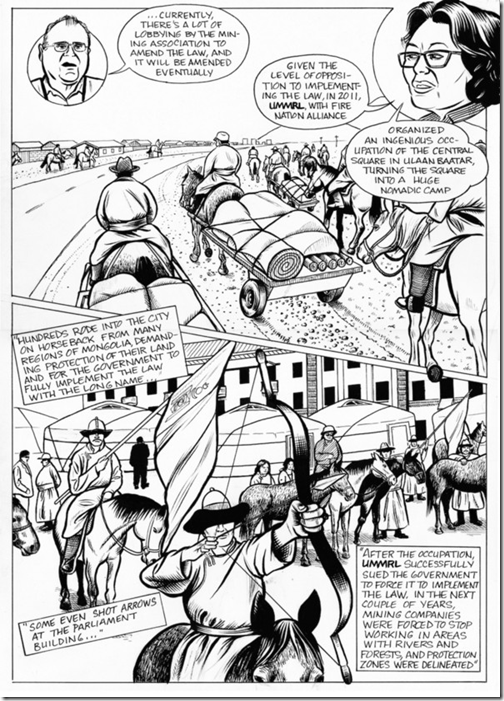 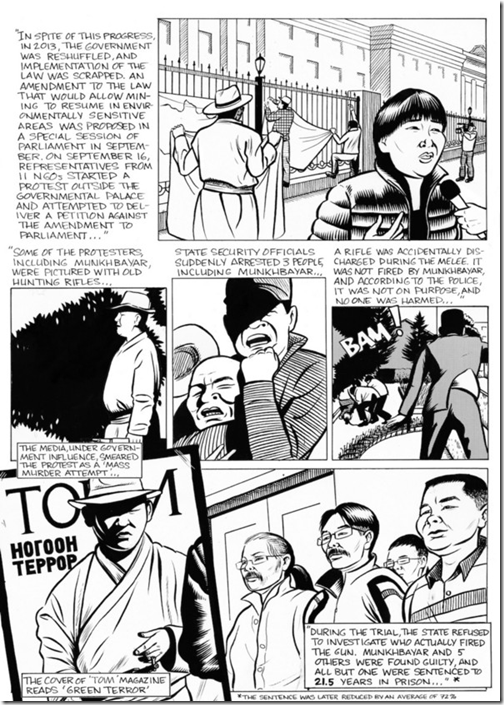 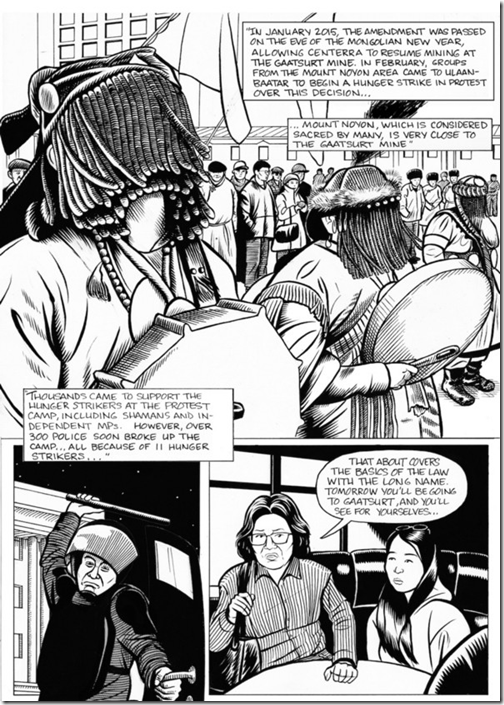 According to the World Bank, mining has led to rapid economic growth in Mongolia. But the reality for people living near the mines is different. Pollution has had an impact on everyone, but the people who have suffered the greatest impoverishment are the nomadic herder communities. Their life-sustaining pastures, water springs and seasonal camps are being lost to open-pit mines and the road building, waste dumping and water extraction that come along with this industry.

The nonfiction graphic novel featuring stories of HRDs challenging extractive industries will be published by Front Line Defenders in 2017. Artwork for the Mongolia chapter by Jon Sack.