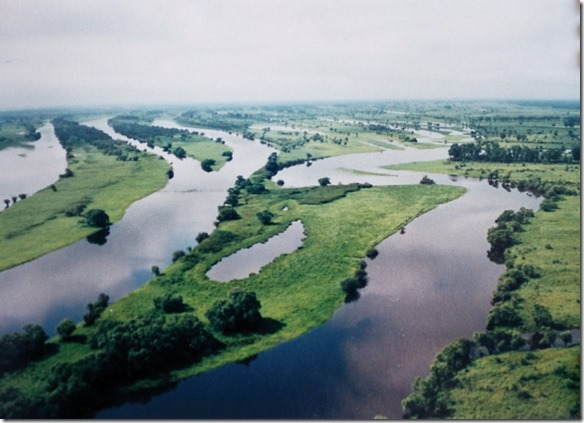 Development and functioning of protected areas networks (Econet) is very important in the context of the Belt and Road Initiative, because it preserves natural connectivity and enables subsequent conflict-free  development of transportation, industrial, communication and trade networks. Without cooperation on safeguarding habitats of vulnerable species, high conservation value areas, main sources of other ecosystem services and natural connectivity between those elements development of large-scale cross-continental infrastructure will lead do large-scale devastation of valuable ecosystems, loss of biodiversity and drastic reduction of ecosystem services presently available for free. Econet development also translates into avoiding colossal economic expenses needed to "restore" biodiversity and develop substitutes for declining ecosystem services.

In the Amur River Basin  the WWF in cooperation with governments,scientists and many CSO allies (RwB included) has been carrying out  since 2005 the Amur Green Belt Program – development and implementation of comprehensive ecological network scheme in priority wetland and forest habitats throughout the basin. In 2011 Russia and China explicitly recognized necessity for joint Econet signing the "Sino-Russian strategy for development of transboundary protected area network in Amur River basin"(中俄黑龙江流域自然保护区网络建设战略). The Strategy document explicitly describes the rationale for cooperation: "as economic cooperation in border areas increase, the pressures and threats to biodiversity may also increase and therefore more active and comprehensive cooperation in nature conservation is needed." The Strategy envisions comprehensive cooperation on 12 aspects of transboundary ecosystem conservation, including: biodiversity inventories, ecological monitoring, evaluation of management performance, protected areas planning, information sharing, enforcement measures, joint research, mutual training and public education efforts.

New major breakthrough happened on June 28th, 2016 as a Memorandum on transboundary cooperation between 16 Chinese and 12 Russian protected areas located along Amur and Ussury Rivers on Sino-Russian border has been elaborated by the initiative of Heilongjiang Forest Department, the Coordination Council of nature reserves and national parks of the southern Far East and WWF. 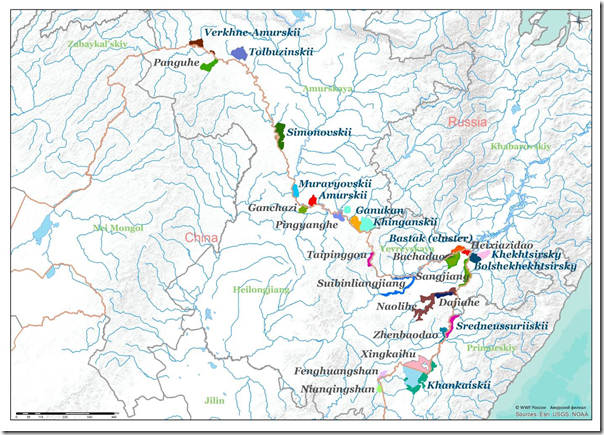 Cooperation between cross-border Russian nature reserves and Chinese national reserves has already been going on for a long time based on bilateral agreements – Khanka Lake – Xingkaihu, Bastak-Bachadao, Bolsherkhekhtsyrsky – Sanjiang. Signing the Memorandum on forming Amur Network of Sino-Russian bordering protected areas will be the next step to improve cooperation, experience exchange and enhance coordination between scientists and experts of two countries. Moreover, for the first time not only national-level reserves but also  wildlife refuges of provincial level in Russia and China are involved into international activity. From China side the Memorandum was signed by Mr. Zheng Huaiyu, deputy director of Heilongjiang Forest Department. From Russian side on behalf of federal protected areas – Vladimir Andronov, director of United Directorate Zapovednoye Priamurye and chairman of the Coordination Council of Nature Reserves and National Parks of the Southern Far East of Russia; Ivan Ryazhskikh, the head of Wildlife Management Department of Amurskaya Province and  Alexei Surovy, the deputy director of Hunting Department of Primorsky province.

Pioneering efforts in Amur River Basin pave the way for using ecological networks\ protected areas cooperation  as a building block for comprehensive integration in the framework of the Belt and Road Initiative. It is time to join forces with  research institutions and international expert bodies such as IUCN and UNESCO and extend these efforts to the whole Eurasia as one of the most necessary safeguards on the New Silk Road.