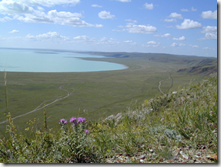 China is planning to build cross-border wetlands and nature reserves in its northeastern provinces to protect precious bird and fish species, the Minister of Environment Protection Zhou Shengxian said Thursday.

The wetlands and nature reserves will be built at the lower reaches of such transnational rivers as the Heilongjiang River, Wusuli River and Tumen River, Zhou said at a China-Russia environmental protection conference in Harbin, capital of northeastern Heilongjiang Province.

The Sino-Russian Sub-comission on cooperation on environmental protection conference that opened June 1 was also attended by Russia’s Minister for Natural Resources and Ecology Yuri Trutnev. Trutnev hoped that the two countries would soon reach an agreement on the building of natural reserves for Amur leopards and Siberian tigers.

Two important results of the meeting is approval of Sino-Russian Strategy for Development of Transboundary Network of Protected Areas and support to the application to World Heritage site listing for trilateral Sino-Russian-Mongolian Dauria International Protected Area (DIPA).