In past years, the ancient city of Hasankeyf attracted hundreds of thousands of visitors each year, offering them the chance to explore the traces of more than 20 civilizations that contributed to the city’s cultural heritage. Hasankeyf – with a history spanning 12,000 years – held a special appeal to visitors from the region as well as to those from western Turkey and every corner of the globe, and this enabled local residents not only to provide for their families but also to share their specialized knowledge of this historic landscape. 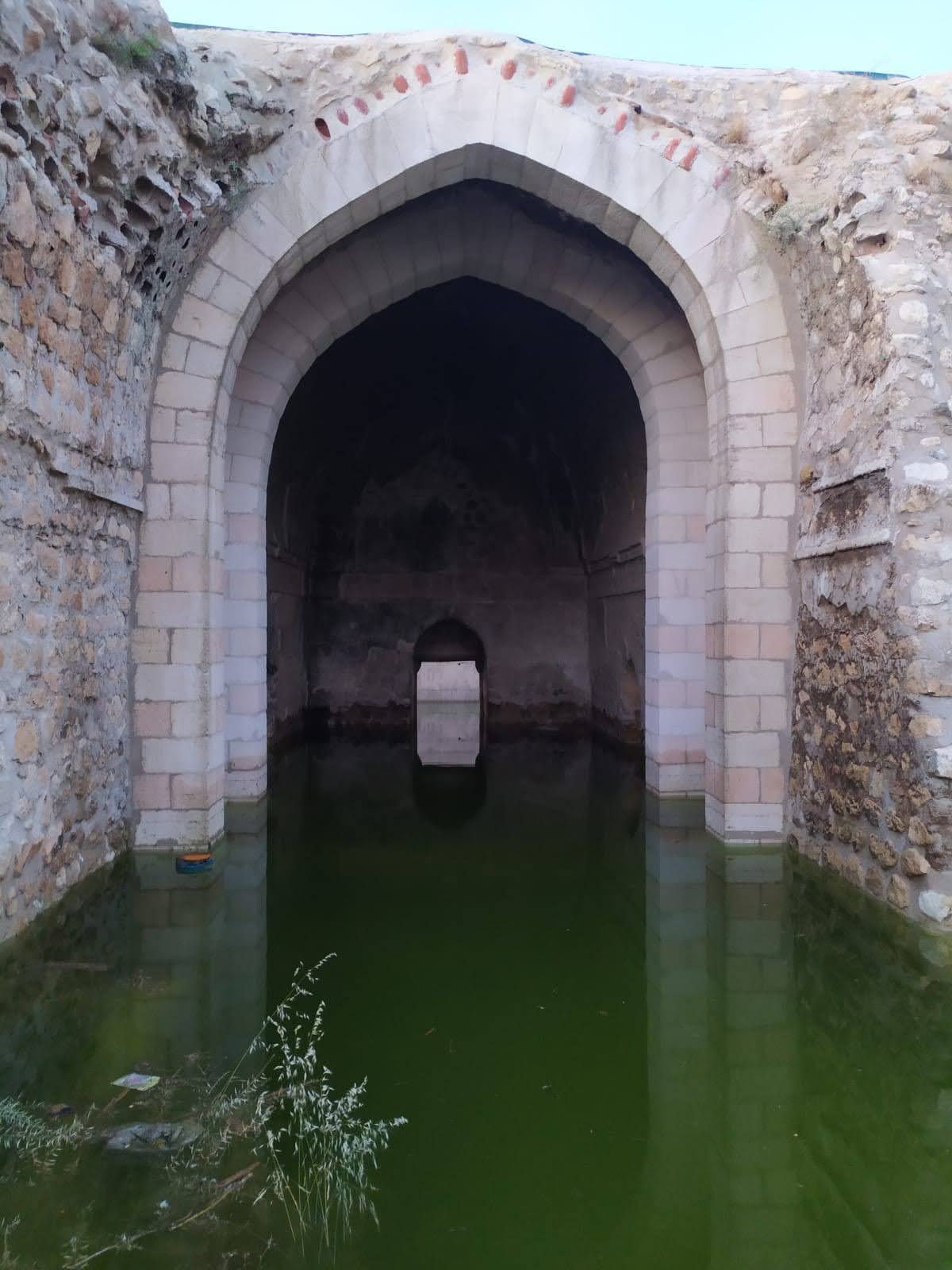 Photo: Flooding of the historic monument known as the Küçük Saray/Small Palace at the northeast corner of the Citadel.

Today, with the completion of the Ilısu Dam and the creation of a huge reservoir, conditions in Hasankeyf have deteriorated severely: Local residents face both an immediate crisis of unemployment and very likely significantly diminished income for years to come. As for the city’s unparalleled cultural heritage, vast tracts of land holding archaeological and architectural remains of inestimable value lie unprotected beneath the water. Now, after only a few months of submersion beneath the reservoir, it is possible to observe significant deterioration in the condition of cultural heritage.

In recent weeks, for example, it appears that erosion has uncovered what may be human remains near the cave church at the base of Ra’s Kayım, a site at the eastern edge of the lower city that figures in local oral historical accounts of the massacres of 1915(note 1), (photos). Despite the presence of ample immovable cultural heritage in Hasankeyf attesting to the significant role that Christians played in the city’s history for nearly 2000 years, the city’s Christian element is almost entirely excluded from the Government of Turkey’s cultural heritage conservation program (which comprises mainly the Hasankeyf Museum and the adjacent archaeological park).

The remains of villas, madrasahs and cemeteries in Hasankeyf’s Salihiyye Gardens are also showing signs of rapid deterioration (photos). These remains constitute the best-preserved examples of the medieval garden districts typical of Seljuk cities across Anatolia and Persia. Unfortunately, this treasure of Islamic civilization will be lost forever unless urgent action is taken to save it.

What is more, the seepage of water through the rock-and-concrete barrier surrounding the Citadel is also a matter of the utmost concern. In late spring, this seepage led to the flooding of the historic monument known as the Küçük Saray/Small Palace at the northeast corner of the Citadel, raising concern that water may also be seeping into the solid limestone mount upon which the Citadel is built (photos). The failure of this wall, which was built at great expense and has severely marred the appearance of the Citadel and places parts of the Citadel at risk of collapse, just as critics of the Ilısu Dam project had feared, is unacceptable, as is the long closure of the new Hasankeyf Museum due to significant leaks in the roof.

The dismantling of Hasankeyf’s tourism-based economy is also unacceptable (photos). The government has never disclosed a substantive and convincing plan for transforming Hasankeyf into a world-class tourist destination, and the evidence mounts day-by-day that Hasankeyf and its residents will struggle for a long time just to regain the level of commercial activity enjoyed before the destruction of the historic city. There are many ways to generate electricity, but the only way to achieve sustainable and diversified growth in Hasankeyf is by allowing the Tigris River to flow freely and restore the equilibrium of the natural ecosystem.

In light of the deteriorating physical and economic conditions described above, we demand that the Government of Turkey take immediate and urgent steps to halt the damage to and destruction of the cultural heritage of Hasankeyf and surrounding areas. Specifically, the Government must:

While the Ilısu hydroelectric power plant is designed to produce approximately 4000 GWh of electricity each year (roughly one percent of Turkey’s total annual electricity consumption), there is little question that the cumulative potential cultural, social, educational and economic benefits to be derived from the cultural heritage of this historic landscape far exceed the anticipated economic impact of the Ilısu Dam project. Hasankeyf is one the world’s most valuable archaeological sites. If the reservoir is drained and the natural ecosystem restored, the majestic landscape of Hasankeyf and the Upper Tigris basin could become the anchor for a regional nature and culture tourism industry that is both environmentally sustainable and economically profitable.