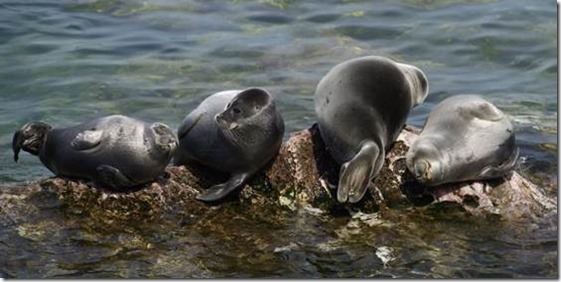 The Baikal seal is found nowhere else on Earth. Sergey Gabdurakhmanov, CC BY

Mongolia is hoping a massive dam on its largest river could provide much needed power and water for the country’s booming mining industry. However environmental groups are concerned that the hydroelectric power plant and a related pipeline project will do immeasurable environmental damage to oldest and deepest freshwater body in the world: Lake Baikal.

As Baikal sits just over the border in Russia, Mongolia risks seriously annoying its northern neighbour at at time when the lake is already experiencing problems with invasive algae along its coasts, unregulated mining and a water level which just passed a “critically low” point.

The Shuren Hydropower Plant, planned on the Selenga River in northern Mongolia, was first proposed in 2013 and is currently the subject of a World Bank-funded environmental and social impact assessment. In tandem, Mongolia is also considering building one of the world’s largest pipelines to transport water from the Orkhon River, one of the Selenga’s tributaries, to supply the miners in the Gobi desert 1,000km away. 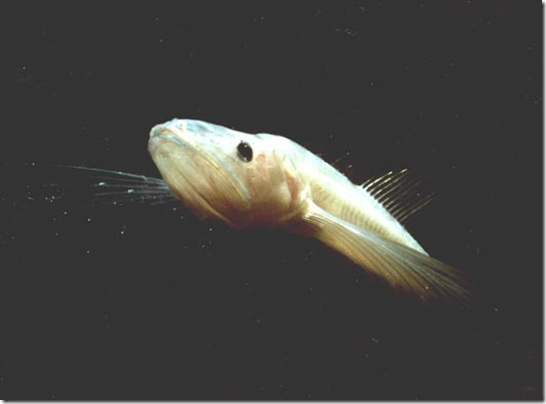 The impact of these projects will be most keenly felt downstream in Lake Baikal. The lake formed in a tectonic rift zone more than 25m years ago in southern Siberia. With a maximum depth of almost 1,700m, Baikal contains 20% of the world’s unfrozen freshwater.

Due to it’s great age, depth and remote location, more than 2,500 species have been documented in the lake, of which more than 75% are believed to be endemic and are found nowhere else in the world – from the microscopic plants that provide the lake with most of its energy to one of the world’s few truly freshwater seals, the nerpa or Pusa sibirica. Because of its unique characteristics and biodiversity, Lake Baikal was made a UNESCO World Heritage Site in 1996. 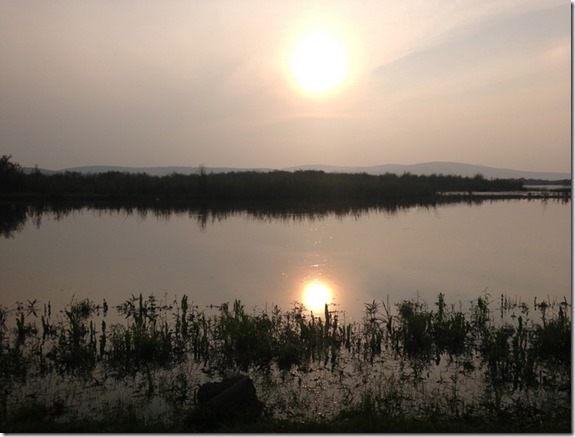 The Selenga is itself an important ecosystem. Anson Mackay

By far the largest and most important of the 350-plus rivers that flow into Lake Baikal is the Selenga River, which contributes almost 50% of the lake’s water. The Selenga and its tributaries cover a vast area, much of it in northern Mongolia, and the catchment of Lake Baikal is bigger than Spain. The river enters Lake Baikal through the Selenga Delta, a wetland of internationally recognised importance.

The delta is crucial to the health of Lake Baikal. Its shallow waters are a key spawning ground for Baikal’s many endemic fish and is on the migratory route for millions of birds every year. It also filters out impurities flowing through the river before they reach the lake. 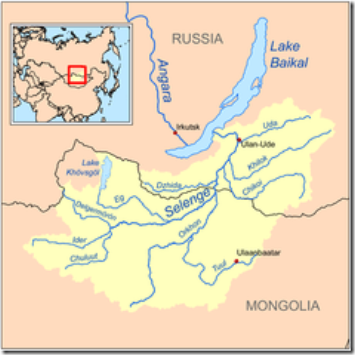 The Selenga drains much of northern Mongolia into Lake Baikal. kmusser, CC BY-SA

The Shuren dam isn’t the only threat to the delta, but it may be the most important. The Selenga is already very polluted; mining for gold and other minerals in northern Mongolia has resulted in elevated levels of heavy metals in the water. Sewage and waste-water treatment plants along its banks are often old, leading to elevated concentrations of nutrients and other contaminants.

However, actually disrupting the river flow into the Selenga delta and Lake Baikal has the potential to cause untold damage to the lake and its life. Any lowering of the delta’s shallow waters will disrupt the spawning grounds of many endemic fish species – and other species, including birds and aquatic insects will lose their homes.

Biodiversity loss has the potential to degrade Baikal’s unique ecosystems, resulting in severe economic implications for local and regional economies. Such is the concern that several environmental NGOs such as Rivers Without Boundaries and academics from Mongolia and Russia have lodged a request for the World Bank to be investigated as they claim the bank is disregarding its own regulations by funding an assessment for a project on a unique river system that is home to endangered species. The Russian Security Council, which advises the president on national security issues, has also voiced its concern.

But Russia cannot be let off the hook either. In the early 1950s, a hydroelectric dam was built in the city of Irkutsk on the Angara River, Lake Baikal’s only outflow. On completion, the water levels of Lake Baikal increased by more than a metre, flooding almost 150,000ha of land, displacing 15,000 people and disrupting the Selenga delta spawning grounds. More recently, the Irkutsk dam has been implicated (along with lower than expected rainfall) in contributing to some of Lake Baikal’s lowest water levels for several decades.

But these problems may pale into insignificance if the Shuren Hydropower Plant and the Orkhon-Gobi Water Diversion schemes in Mongolia get the green light.