A new joint study between the International Renewable Energy Agency (IRENA) and the Korea Energy Economics Institute (KEEI), provides their perspectives on the interconnection potential in Northeast Asia and “insights for policy makers and key stakeholders”.

The dream of “Asian Supergrid” has continuously inspired not only  visionaries from Russia, Japan, Korea, Mongolia and China, but also studies by UNESCAP, ADB, Energy Charter Secretariat and other international organizations. It is not fully clear what is the real motive and added value of IRENA for joining this already diverse and poorly coordinated company of promoters.

The IRENA’s report claims it identifies several drivers for electricity inter-connectivity in the region that could form the basis for joint renewable energy development – not least the fact that it could lead to new regional electricity market that would offer valuable business opportunities for electricity trading.

The report, first, meticulously summarizes all findings and most pitfalls of previous 5-7 studies completed on the subject. This review is a useful reading which will save you from studying all the voluminous and aspirational writings of the past. The IRENA’s analysis clearly shows that most reports prepared so far advanced agenda’s of one particular sponsoring government or international institution at the expense of sober in-depth analysis of the regional situation for the common good.

However, in its second part the report repeats some of mistakes and biases of its predecessors. It reviews three case-studies on energy integration from West Africa, Central America and Nordic Europe and seeks to draw parallels and lessons for the North-East Asia. Similar element was present in at least two previous reports and it largely unclear why it should be repeated again, especially given obvious drastic dissimilarity of Northeast Asia from all those regions.

Despite clear sober reflection on unproven economic attractiveness of the “NEA Supergrid” scheme, the “analytical” part of the IRENA’s report is often on the verge of wishful thinking (for example attributing to Mongolia’s Government sincere devotion to reducing carbon emissions). The facts presented show that the majority of participants at least at some point supported regional grid development for the sake of exporting or importing electricity generated by coal-power, however the report optimistically concludes that renewable electricity development will likely prove a strong motivator for regional interconnection…Thus it implies that the “NEA Supergrid” should be implemented due to its environmental values.

But in its “environmental” aspects the report is a fine example of new strain of “RE-colonialism” (or “RE-imperialism”), when practically no attention is paid to social and environmental impacts of already developed or planned energy sources and no mechanism is envisioned for participation of local communities in such assessments and planning exercises. Large “sparsely populated” expanses of Russia and Mongolia are presented as a no one’s land waiting for renewable energy developers to come and conquer. This is a concern for Mongolian semi-nomadic herders who may be displaced or disadvantaged by massive development of solar, wind (and coal!) power plants in Gobi,  and even more true for local communities and  indigenous tribes of Russia, who heavily depend on rivers, which are destined to provide “excellent hydropower resource”.

All participating countries: China, Russia, Korea, Japan and even Mongolia possess convincing negative experience in developing destructive hydropower projects, which should be a repellent for any recommendation to promote large-scale hydropower development as part of “NEA Energy Interconnection”. Does IRENA care for social and environmental consequences of projects it promotes?

Probably not. The IRENA has been consistently encouraging Russia to prioritize hydropower among all types of renewable and puts a blind eye on its profound negative consequences for social well-being, culture and environment of Russia. In the “2030 Renewable Energy Prospects for Russian Federation “ Report the Agency recommends to the country adding 40 GW of hydropower to the “Reference case for 2030” displying 55 GW of hydro and practically no other renewables. Such policy would leave Russia perpetuating biased and risky development renewable energy sector fully reliant on destruction of river ecosystem as well as hydrological flood and drought cycles exacerbated by climate change.

Fortunately the policies of Russian government were less extravagant: at least half of renewables added in last 5 years were  solar and wind farms.

Increasing neglect to detrimental consequences of hydropower for freshwater biodiversity and well-being of local communities is a very alarming  recent trend in policy statements and processes sponsored by IRENA, which previously has been known as sober and environmentally-responsible international organization. 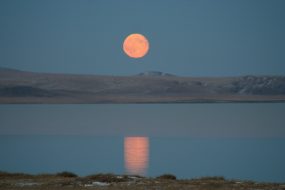 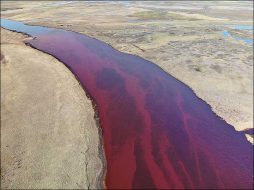 A Letter to Elon Musk from Arctic Shores 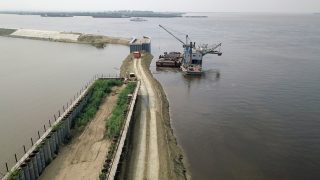 Khabarovsk completed a temporary dam, served a mass on top of a dyke and asked China not to pour more water 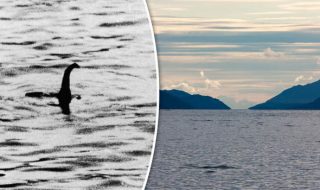 Habitat of the Loch Ness Monster is Relieved from the Threat of Hydropower Development.